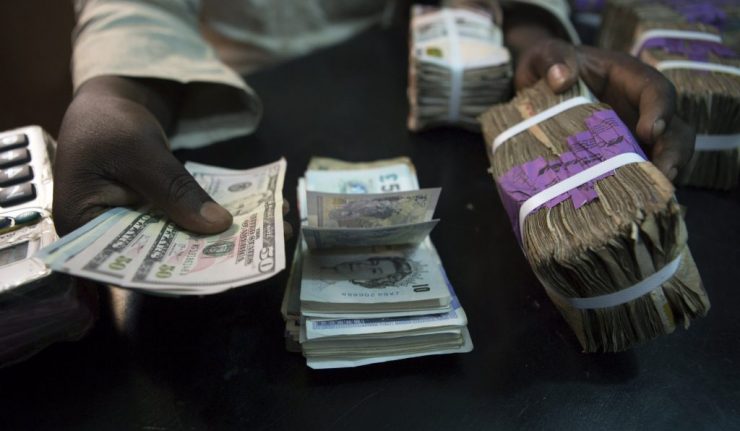 Religious preachers read and interpret scriptures and religious writings either to guide people towards meaningful life or to manipulate people. Though the intentions of religious founder(s) influence the interpretations in different branches, branch coordinators often infuse their personal biases for other positive or negative agendas. The efficiency of these scriptural interpretations or misinterpretations depend on the people’s level of insight, faith or compulsion. Like interpreting scriptures as life-guides, governments introduce currencies to enhance productivity and exchange of goods and services in the society. Yet, other political and economic forces influence currencies to manipulate and control social behaviours, productivity, income and wellbeing. The efficiency of currency manipulation on people depends on the people’s insight, social structure, faith or compulsion.

A major reason for America’s independence war was that Britain banned the interest-free currency that Americans were using for themselves.[1] After Italian sailor, Christopher Columbus discovered America as a vast and fertile land several Europeans trooped to take over the new land. As world power at that time, Britain established and began administering several colonies, including the present day U.S.America as British colonies. The colonies were made to borrow British money at high interest rates for producing and exchanging goods and services. Because of the British high interest loans, the American colonies were always in huge debts to the British central bank.

To avoid perpetual debt, the thirteen colonies developed an interest-free currency for producing and exchanging goods and services. When the colonies stopped borrowing from British central bank for their transactions, the British government banned the local currency. So, the American colonies revolted, fought and eventually freed themselves to use their own currency for exchanging goods and services. After the war, the Americans established their own central bank for printing and regulating their currency for productivity and exchange.

Money evolved after trade-by-barter system of exchanging goods and services gave way for a more unified currency system. Then, instead of exchanging yams for chicken, people agreed to exchange goods and services for pieces of silver or gold. Merchants stored their silver and gold currencies with gold keepers who gave promissory notes as evidence of their deposits. Because of its lightness, people later preferred trading with the promissory notes from goldsmiths instead of carrying heavy gold around. As people preferred promissory receipts, gold keepers freely produced and supplied notes as loans to people for industry or other businesses.

Today, the former gold keepers who developed into central banks, freely create money when they make a loan. Thus, loans create money for deposit, not the other way round. For instance, a man sees gold, silver or diamond in his land or finds other opportunities for economic growth. He gets loan to gather miners, skilled labourers and equipment for processing and marketing the treasures for profit. By giving the loans, the central bank creates new money, which circulates from the goldsmiths, miners and labourers into the society.

How is a currency enforced and controlled?

Like laws, currencies develop from people’s agreement (or force) to use specific forms of money for exchanging goods and services. Using their central banks, different governments issue duly-marked currency as legal tender (authorized medium of exchanging goods and services). Governments use law enforcement agents to enforce the currency-use and to protect it from counterfeiters. Businessmen get money by obtaining loans in the currency to develop their ideas or products for profit. By spending the currency on materials and labour (workers) for developing their products/ideas, they circulate the currency in the society. They eventually pay some percentage of their profit as tax to government, from which government pays its workers and contractors.

How does money encourage productivity?

Banks give loans to people who already have credits, existing potentials to be enhanced for profit. “Credit is something a man already has… marketable assets of a greater cash value than the loan for which he is asking.”[2] These marketable assets can be in form of land, treasure, inheritance, innovative ideas, reputation or career. The banker or investor is not giving something for nothing; He feels assured of payment.[3] Loans enable credit-owners to obtain resources for developing their products, services or positions for higher profit.

Seeing that loans go to people who manifest potentials for higher profit, other people try to discover their own potentials. They work hard to build and manifest their credits, potentials to provide socially required goods and services to viable customers.

The negative twist of money in Africa’s unproductivity

Before the arrival of European slave-traders and resource-grabbing colonialists in Africa, many African societies engaged in trade by barter.[4] Young men offered their hand-made crafts, tools, farm-products or brief farm-work to prospective fathers-in-law before marrying their daughters. Using gun-force, the colonialists dismissed the socio-political systems in which different African kingdoms, groups and communities owned their lands and resources. They merged several kingdoms and communities under various colonial administrations they carved out as nation-states[5][6] for exploiting mineral resources.[7] They trained few loyal indigenes to assist in local administration, collecting tax, enforcing colonial laws[8] and exporting African raw materials. [9][10][11][12]

The loyal native assistants were rewarded with money (colonial tickets for buying European consumer products often made from Africa’s exploited resources).[13] Thus, Europeans introduced money in Africa as reward for providing administrative, logistic or academic support for resource exploitation. When leaving at independence, they handed over to their native assistants, and fixed constitutions to guide the assistants in seizing and supplying Africa’s mineral resources in exchange for consumer products. While European currency enabled industrial production and exchange in Europe, African currencies facilitate exporting mineral resources and importing consumer products.

Just as gospel can be misinterpreted to exploit people, money was mispresented to exploit Africa and make it perpetually dependent. Hence, any money that comes into Africa through resource-auctioning swiftly returns to former colonialists as payment for consumer products.[14] African politicians, lecturers, doctors, pastors, bankers, engineers, students and others keep spending on imported gadgets, vehicles, fuel, structure or food. This level of dependence keeps African countries in serious debt to former colonialists.

Manipulating the exchange of resources for money (coloured papers)

To whitewash the exploitative process,[15] former colonialists brought African colonial successors to world market for auctioning seized mineral resources. By auctioning seized mineral resources and pledging future resources, African post-colonial governments get foreign money for more imports. They eventually use these imported products to entice, suppress and exploit the various communities that have been tied by colonialists. African regimes issue local currencies as payment for workers who assist them to physically[16] and mentally[17] regulate the exploited people. The amount of local currency the workers get determines the amount of imported products they can get. While the lower class of people survive by providing under-priced services for government and private workers or other poor people.

Since the resource-confiscation denies Africans of industrial productivity, various African businessmen frantically seek foreign currency to import profitable products. However, the foreign companies have to satisfy their citizens’ viable demands for their products before considering African demands. Due to Africans’ rush for their products, they raise the exchange rate at which Africans can get tickets for their insufficient products. The more Africans depend on foreign products, the higher the pressure on foreign products and more mineral resources will be required for fewer consumer products. This is why African countries keep getting poorer and always in debt to former colonialists.

How is poverty sustained in Nigeria/Africa?

As we noted earlier, central banks create money when they make loans. However, money is not real wealth, but a derivative support given to people who already have credits[18] (potentials to create wealth). “Real wealth consists in what is produced and consumed: food, clothes, houses, vehicles, factories, schools, books, [gadgets] and churches.”[19] Then credits are potentials for creating real wealth such as land, mineral resources, skilled labour, character and innovative ideas. Without these marketable credits, it is difficult, if not impossible, to create wealth.

Imposing resource-seizing governments as colonial successors on African unconsented communities took away the foundation for having credits in Africa. Creative ideas, labour and character become CREDITS when they have resources to demonstrate their viability in producing real wealth. Since the imposed governments seize all mineral resources for export, intelligent Africans are unable to obtain loans for productivity. Instead, marketers show their links to foreign producers as credits for obtaining loans, thereby fortifying foreign industries against local industrialization.

African countries eager to free themselves from exchange rate manipulations may take the following steps:

When products are insufficient, producers raise high prize to demarcate who gets and who doesn’t get. The foreign products that Africans rush to obtain are not even enough for the foreign producers’ citizens. Money then becomes a tool for making you believe that the products are surplus, but you have not merited it. When governments claim to inject billions to stimulate the economy, they do not automatically increase the number of products. They either encourage local productivity with loans, or enrich top importer-friends and allies to acquire more of the scare products. This increase of money without corresponding products[21] weakens a currency’s capacity to purchase products.

Money is like a bible which the society interprets for people to become more productive or dependent. Money’s efficacy depends on a people’s faith in their social connection for productivity and common security.

[1] Benjamin Franklin noted “the refusal of King George III to allow the colonies to operate an honest money system, which freed the ordinary man from the clutches of the money manipulators was probably the prime cause of the revolution.”

[17] Some religious, service and academic institutions mentally control and distract the people to avoid revolts.

[21] Products are credits (potentials) that have been actualized into real wealth.