Is the TRUTH ALWAYS BITTER? 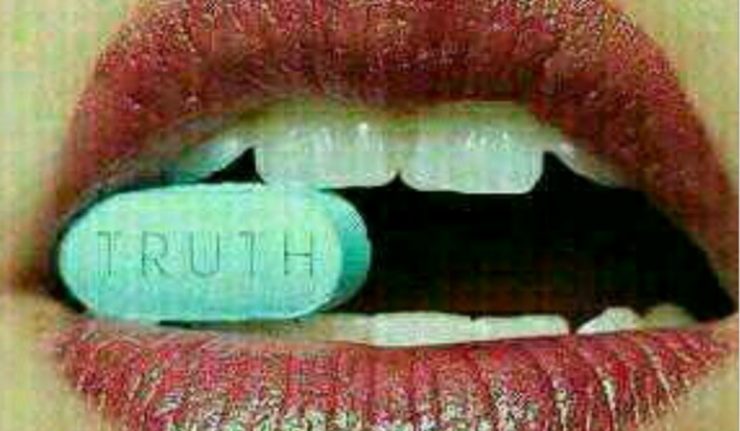 Is the TRUTH ALWAYS BITTER?

Irritated by the rate of immorality in his environment, a pastor parked to chastise a prostitute standing at the roadside. “Foolish girl, candidate of hell, you are disgrace to womanhood, selling your dignity to dirty old men.” The girl got embarrassed and began insulting the man in vulgar words. Later, another man spoke to the lady: “hey lady, I admire your height, beauty and figure; I wonder how you will look when dressed as a banker, doctor or director.” She blushed, “of course I look good in such attires, but condition deprived me the opportunity to regularize it.” In many occasions, it is not truth that is bitter, but the intention and approach of the ‘truth-teller’.

The claim “truth is always bitter” can and has been used to impose opinions and labels on people we misunderstand. It has been used to condemn people who seek to defend themselves from extreme accusations levelled on them. “You are wicked, stingy, gullible, biased and greedy; stop defending it, truth is always bitter.” Some people apply the assertion when perpetrating injustice against others, or when trying to claim other people’s property. And without evaluating the depth of these claims, along with their intentions and approaches, injustice, wars and conflicts may prevail.

Truth is defined as the quality or state of being based on facts.[1] For Aristotle, truth is “to say of what is that it is, or of what is not that it is not.”[2] It is the property of sentences, beliefs or thoughts to agree with the facts or to state what is the case.[3]

Concerned with realities like existence, age, origin, past locations and condition of objects and events, factual truths lay foundation for future possibilities. Factual truths are especially important in tracing history of causes and effects in nature and society.

All humans seek happiness,[5] which is the state of being in accord with their transcendental nature as moderating agents of growth and harmony in the society.[6] Enlightened minds pursue this happiness by actualizing and fully utilizing their potentials in and for the society (virtue). While the unenlightened minds seek happiness through reckless or vicious means for themselves or other purposes. Yet, the reckless or vicious means to perceived happiness often bring pain/revenge from the victims or objects, or emptiness of life. Hence, to obtain sustainable happiness from their relationship with people, objects and events, humans require factual and practical truths about them.

Truth is the highest healing, medicine or booster for human heart to attain happiness. It disposes the soul to courageously face the world and all that is within. People need truth about the world in order to thrive[7] in the world. While truth is the aim of belief, falsity is a fault that poisons the human heart. Believing what is not true and living on such beliefs lead to unhappiness and harm.

Despite the importance of truth in bringing human happiness, truth can also be abused to bring pain and destruction. Two factors that can negatively twist the effect of truth are the intention and the approach of the truth-teller.

Bad intention: using truth, some people are able to manipulate others into making grievous mistakes or to sow discord among people. They achieve this by spreading half-truths, exaggerated or distorted truths and ill-timed information for purpose of slander, discord or destruction. What is the intention of a doctor who carelessly announces his patient’s death to the patient’s hypertensive relatives? Or a ‘friend’ openly announcing another ‘friend’s’ past mistakes (secrets) to suitors, husband or admirers without giving her chance to confess amicably? Once the intention of the truth-teller is not geared towards growth and harmony, the ‘TRUTH’ becomes poisonous instead of medicinal.

Bad approach: despite the good intention of the truth-teller, without proper approach, the healing effect of truth may not be actualized. Truth is a healing procedure, but some healing procedures like surgery and drugs are not sweet. However, since the patients requires the drugs to live, doctors device approaches to make the drugs/procedures more tolerable, yet effective. Otherwise, patients will vomit the bitter drugs or become totally resistant to the procedure and drugs. Likewise, humans resist truth from fear of consequence, change, loss of privileges, uncertainty, embarrassment, insult or from arrogance. Exposing the truth about a person’s fault in public may not result in healing the fault, but hostility from the person.

Like effective doctors, good truth tellers device ways of making the truth more tolerable yet effective. The first step in administering truth is to clarify the intention for growth and harmony. This clarification of intention leads to the four (bioethical) principles guiding human relationship and interventions.[8]

Like medicine, the process of obtaining truth is often rigorous and requires specific dispositions from and truth-seekers. Among the requirements for obtaining truth are:

Curiosity: is defined as a strong desire to know about something.[11] Curiosity often springs from a desire to obtain deeper understanding of the world and things around us. This understanding helps humans to sustain and secure themselves in the society, and to manage their environment.

Humility: humility is the readiness to accept truth whenever it manifests itself.[12] It requires a high level of internal freedom to accept that we do not possess absolute knowledge, nor know everything. Thus, humility disposes human heart to seek and accept truth even in odd places and people like children and subordinates. Humility is seen in the courage to overcome one’s pride, fear of consequence and appeal to authority in seeking truth. For truth does not depend on established authority or popularity, but in conformity with past, immediate or possible reality.

Why do people oppose truth?

In war, truth is the first casualty. Aeschylus.

Human decisions and actions are influenced by series of beliefs that are held as true in a society. These beliefs influence the laws, policies, religious, academic and social institutions, interactions and resolutions in the society. Since social beliefs form the foundation for interactions in a society, some people use lies to twist social beliefs to their favour. And they violently oppose any alteration to the particular beliefs that favour them in a society. Hence, humans resist truth from greed, arrogance, fear of consequence, shame, loss of privileges and fear of the unknown.

Need for truth in getting a new Nigeria

Africa is known with poverty, disease, hunger, unproductivity and wars. “These wars diminished in number after the turn of the millennium, but their chief cause – the lack of common nationhood – remains. Africa’s nation states were formed by foreigners, lines drawn by Europeans on maps of places they had often never been to. They carved out territories, cut up kingdoms and societies of which they had little idea… Africa’s nation states lack a common conception of nationhood.”[14] The international reference to these colonially-forged nation-states of unconsented peoples, as legitimate entities, is the foundational LIE for neo-colonial exploitation.

Before colonialism, different kingdoms and communities in the present-day-Nigeria had their ways of owning and sharing lands among themselves.[15][16] The different families shared their land-portions among family members for farming and mining resources for crafts and blacksmithing.[17] Eventually, British colonialist invaded with machine guns to subdue and exploit the resources in the different people’s lands. To maintain control over all the resources, colonialists arbitrarily merged the different peoples’ lands as commonwealth property under one government. Today, some “scholars” claim that Africans are subhuman and incapable of using resources for productivity.[18] This lie aims to sustain the colonial foundation for using different sections in Nigeria to exploit others in the unconsented union.

The first step to experiencing the healing power of truth in Nigeria/Africa is to accept that we are not one. Yet, we can be one after distinguishing ourselves and resources respectively, so that each people can use their resources for industrial productivity and eventual exchange.

Humility is the tool that disposes human heart to accept truth;

And Humility is the readiness to accept truth whenever it shows;

Courage of faith assures us of better outcomes in accepting truth;