No migrant distinction, no development and no progress 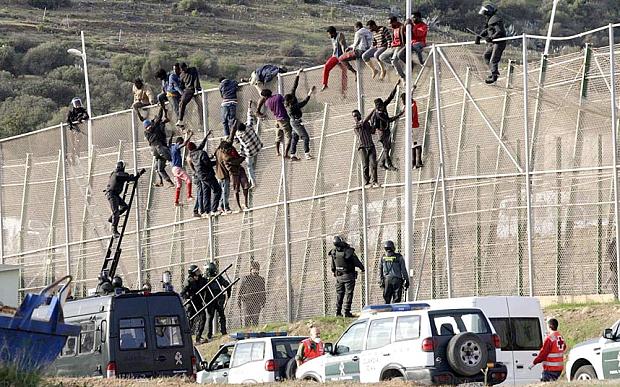 Painting requires a careful application of distinct colours in specific proportions and tones to get a beautiful artwork. A painter who pours in all his colours (red-green-blue-black-yellow) inside one single bucket before painting cannot expect a meaningful painting. You cannot paint well without understanding and respecting the distinction between the colours. Also, without distinguishing people according to their potentials, they may never develop their unique qualities nor obtain fulfilment. Without distinction, there may be no room for individual initiatives and improvement, and without individual initiatives there cannot be progress.

Critiques oppose country’s efforts to disallow influx of immigrants or efforts to scrutinize potential immigrants and allies. These critiques preach that humans are the same and must be accommodated especially in more organized societies, without ‘discriminatory’ scrutiny. Many people have died while passing through dangerous deserts and seas in order to immigrate to more prosperous countries. And the more organized countries’ efforts to weigh their security and economic concerns before accepting immigrants are criticised as discrimination. Yet, without considering the potentials of immigrants, countries expose themselves to security or economic challenges, which may bring social disorder. 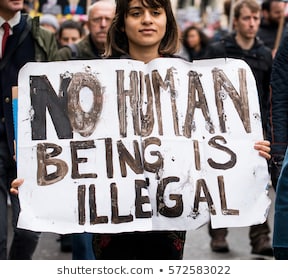 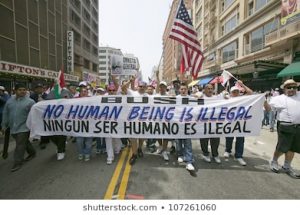 Progressive societies are formed by the people’s agreement to collaborate in using their resources to satisfy their different needs.[1] Hence, they organize their societies for each person to develop and apply their strength in the society’s security and progress. While majority of the people focus on material production, others are charged with either social administration or security. In such societies, each member of the society is valued as a stakeholder and contributing element to the society.

Why do countries admit other people?

Why do people seek to emigrate to prosperous countries?

People seek entry into other countries for several reasons which include:

The survival factors are often urgent and morally binding on prosperous societies to accommodate the entry-seekers, even as humanitarian assistance. Because of the urgency of the survival factors, critiques insist that prosperous countries should be more humane to receive immigrants. Some critiques insist that developed countries contribute to the ugly situations in those countries through exploitative globalization. Thus, the developed countries have a moral duty to integrate entry-seekers, especially from different countries affected by their global exploitation.

Why do some people deny entry-seekers entry into their countries?

Securing a country from economic parasites, aggrieved people or totally misguided elements requires sincerity in recognizing the causes of emigration. For you cannot confiscate a child’s food and forbid him from desperately searching for food. The desperate mass emigration shows a high level of global injustice that cannot be solved by accepting every intending immigrant. The post-colonial effects on most underdeveloped countries sprung from forcefully merging unconsented peoples as nations in a divide-and-rule scheme. As the different unconsented peoples struggle to control the colonially-made offices, the imperialists supply them guns in exchange for mineral-resources. So, while the combating and underdeveloped societies remain unproductive, hungry and poor, the developed countries obtain their resources for production.

Developed countries who TRULY wish to reduce the moral pressure for not accommodating immigrants may take the following steps:

Without freedom from exploitation, a country may not have the moral authority to reject immigrants from countries affected by their foreign policies.

Underdeveloped countries who wish to control their citizens’ desperation to emigrate may take the following steps:

Though the post-colonial rulers of underdeveloped countries respond to the economic demands of the colonizers, they are still autonomous beings. And they can still choose to respect the different people colonially bound up in a notorious commonwealth exploitation.

Tags:illegal immigrants
previous article
Is the TRUTH ALWAYS BITTER?
next article
Rejecting the politically-poisoned gifts to get a new Nigeria