When “living to have” overtakes “having to live”, we suffer 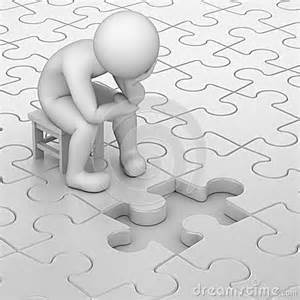 Kenny had only used his two phones for 3 months when the phone company released a ‘latest’ version. Apart from colour and shape, the ‘latest’ version has no real internal difference from the two Kenny already has. Kenny does not need the ‘latest’ phone for any new function that cannot be done with his three-month-old phones. Yet, he desperately desires the latest trending phone in order to feel trendy or better than others. So, Kenny conditioned himself for living to have trending commodities, instead of relating with commodities as relevant means to his life’s purpose.

On the other hand, Amanda observed the scourge of HIV/Aids in her society and dedicated herself to tackling it. She studied and designed a software for enlightening people about the disease. Needing to reach out for the social enlightenment, she bought powerful cameras, laptops, projectors and other media gadgets. She continued sponsoring the project from her savings until other people and firms supported her project. So, the more partnership/sponsorship she received, the more she improved herself for greater impact through research, outreach and medical equipment. Amanda prioritized her life’s purpose, and considered having associates and commodities as enabling companions or tools for her life’s purpose.

Recently, there is a trend for seeking fulfilment, pride or attention by having latest versions of several things in Nigeria. Many musicians, politicians, preachers, entrepreneurs and individuals show-off latest cars, gadgets, wears, mansions, vacations, credentials, lifestyle, trophy-spouse and children. Sometimes, we obtain these ‘human and material acquisitions’ without really relating with them for their self-actualization. Instead, the urge and competition to get them become too tense that we care less about their purposes or potentials. So, we flaunt these ‘acquisitions’ as evidence of our happiness or success, instead of enabling tools or companions for fulfilling our life’s purpose.

Humans and the purpose of life

Humans naturally possess different levels of physical, mental, psychological and spiritual energies for sustaining themselves in their environment. But apart from the ever-fervent instinct for survival, they also seek to make meaning out of life. They constantly seek the higher purposes for living beyond existing, eating, sleeping and mating like lower animals. Finding this purpose for living brings internal satisfaction and gives meaning to people’s experiences and sacrifices.

Ways of seeking purpose of life

Due to their social influences, some people seek their life’s purpose in amassing material possessions, family, spouse, children and testimonials. Others seek their lives’ purpose by contributing to improving human life with whatever they have through production, administration or security. The two different avenues for seeking life’s purpose can be distinguished as “living to have” and “having to live”. Living to have is channelling one’s life and energies to gathering material possessions, while having to live is dedicating one’s potentials and possessions to positively impacting one’s chosen aspects of the society. Several disagreements and confusions rise in prescribing the better means to purpose for a successful individual.

Getting possessions as enablement for living out one’s social roles provides a nobler and more enduring happiness.

Why is the ‘living to have’ mentality still prevalent?

EFFECT of the ‘living to have’ mentality in a society

Living is relating with the world around us (humans, animals and things) for their improvement and right use in the society.

Cause of the prevalence of living to have mentality in Nigeria

Colonialists created Nigeria by violently constituting unconsented kingdoms and communities under a militarized federal government[2] for exploiting resources.[3] Using the colonially imposed constitution, Nigerian government seizes and exports various people’s mineral resources in exchange for foreign consumer products. Without militarily seizing these resources, the different people could have used them for producing most basic necessities. Now, instead of collaborating to use their resources for productivity, different Nigerians struggle to get foreign consumer products for survival. The colonially-introduced education system now trains people to admire and market foreign products and lifestyle, instead of collaborating for social growth.

Nigerians have not developed a social structure for building Nigeria. So, the main purpose of life in Nigeria now is survival, and the meaning of life is increased luxury. However, a new government will arise to conduct a national research and conference for people to use their resources for productivity. Then people will be valued, honoured and immortalized for their social contributions, instead of just accumulations.

Some people have little but they live fully, while some have so much but they live very little. Some pursue having cars, houses, jets and so on that they forget to adequately LIVE with their wives, children and society.

“Living is relating with the world around us (humans, animals and things) for their improvement and right use in the society.”

Tags:Edited by Chinenye Onyenweliving to have
previous article
Organizing the true national conference for a new Nigeria
next article
Installing the behavioural antivirus in kids before they leave the factory – family