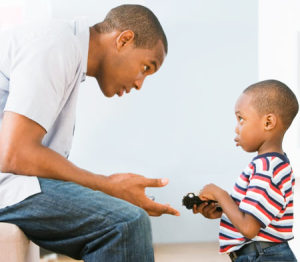 After producing computers, manufacturers install operating systems like windows to support all future applications to be installed in the system. While installing useful software and applications into the system, they also install antiviruses to block harmful applications and software. Connecting their systems to the internet or other devices without installing antivirus exposes their systems to harmful virus attacks. Children are like new computers gathering behaviour-conditioning information, thoughts and characters from their environment. Without instilling resistance to harmful influences, they become exposed to immoral behaviours from internet, peer group, media and environment.

Recently, there is a serious alarm about the level of immorality, recklessness, crime and desperation among youths, especially in Nigeria. Stories of children being sexually active and reckless, joining cult, drug, fraud and robbery gangs fill many with shock. Yet, the influencers of violence, immorality, greed, laziness and indifference flood the streets, internet, fashion, television, music and dance-steps. These mind-damaging influencers may not be expunged from the society without infringing on their rights. However, young ones can be equipped with the reason and willpower to protect their minds from the harmful distractions.

Many cultures believe that humans are born tabula rasa like empty computer disks without prior information. From their first till seventh year, they constantly and rapidly gather different information from their immediate environment, especially the family. They learn how to eat, speak, walk, greet, work and relate with other people and things in the world. They easily copy beliefs, biases, characters and attitudes they observe in their environment, or the ones they are taught. These initial inputs form the behavioural background upon which an individual develops other behaviours and thoughts in life.

Progressive societies rise from people’s agreement to collaborate in using their different human and material resources for improving the society. They train people to get income, prestige and fulfilment by developing and utilizing their potentials for productivity, administration and security. Loyalty to these trainings for social good often depends on the foundational characters in a person. Just like the efficiency of a new software depends on the quality of operating system (OS) installed in a computer. Also, like computer’s antivirus that detects and blocks viruses (harmful software), trained minds discern and resist character-damaging ideas.

Most character-damaging ideas rise from the wrong use of pleasure, fear and desire for possession.

PLEASURE: humans derive pleasure by interacting with their environment, especially humans, through playing, singing, dancing, storytelling, discussing, gathering, working-together, procreating or eating. By engaging in these activities, people develop fondness for the activity, the feeling and/or the people involved. In progressive societies, this fondness inspires people to develop and utilize their specific potentials for sustaining and increasing the pleasure. Yet, when the fondness for these pleasurable activities or people obstructs the person or other people’s development, it becomes vicious. Negative dimensions of pleasure manifest in gadget, drink and drug addictions, gluttony, sexual and other forms of recklessness.

However, you cannot always monitor people to enforce abstinence or moderation in their interaction with sources of pleasure. The excessive monitoring brings resentment, secrecy, dishonesty and smart criminality that deforms people’s minds. Instead, you can convince and guide them to redirect their energies to discover, develop and utilize their potentials for greater happiness. Hence, societies educate members on discipline as the antivirus to block character-damaging sources of pleasure starting from the families before encountering other institutions.

FEAR: is the troubled feeling that comes from thinking about losing ones’ life, opportunity, source or state of pleasure. The pleasure can be lost by the introduction of pain or destruction. People react to fear by seeking to escape from the source of fear or by confronting the source of fear.

The antiviruses for fear are discernment and courage. Discernment (sincerity) helps people to evaluate the causes and consequences of the fear for the individual and the society. What are you afraid of losing? Is it worth fighting for, as contribution to preserving oneself, the society and its ideals? Fight for it… Is it not worth fighting for? Let it be.

DESIRE FOR POSSESSION: manifests in gathering items for pleasure, work, security or meaningful life. Using their intelligence, humans developed cars, buildings, airplanes, computers, wears, tools, gadgets and machines for comfortable and meaningful living. Because of the pleasure and developmental assistance they provide at various stages, humans need them in the society. But as people’s desire for these items threatens their availability for us, we desire private possession or privileged access to them. The private possession of these materials enables us to use them when we want, or to exchange them for what we need.

Yet, without moderation according to the individual’s developmental, functional, survival and security needs, the desire for possession grows into GREED. Greed is wanting more money, power, food, etc. than you really need.[2] Greed is stirred by a desire to secure distant-future provisions, to brag or control others using accumulated resources. By seeking to accumulate more than one’s need for functionality, greed contradicts the social principle of collaboration by depriving others of functional resources. Eventually, the greedy person begins to see others as tools for amassing wealth and pleasure, instead of partners in social development. Out of greed, they are ready to lie, kill, rob, betray, endanger others, misplace values and commit serious crimes. There are many viruses (criminal influences) and traps for greed in various societies. And without proper education about the purpose of possessions, people fall into these traps with several emotional and social consequences.

The antiviruses for greed are social responsibility and generosity. Social responsibility and generosity often grow in people through their experience of care and MUTUAL dependence, especially in their early-life stages. People’s mutual dependence in recreational and productive activities within families, neighbourhoods and communities instil the emotional attachment in individuals. This is the feeling that their happiness grows from relating with progressive humans in a society for work and pleasure. The absence of this emotional attachment and responsibility creates the need to bragging or struggling for resources with other people.

The family is the first factory, school or church where humans obtain these antiviruses before entering the bigger society. Unfortunately, modern political and economic arrangements constantly threaten the family’s roles in people’s education. Due to modern work demands, few families stay together or have enough time for family get-togethers. In African societies, the common tasks and plays that bonded people to their communities are gradually eroded by colonial influence. The post-colonial education system replaced the communal disposition for industrial collaboration with individualism, for seizing and privatizing different communal resources. Hence, instead of studying to develop their society with their resources, people struggle to work for the few colonially-aligned firms.

For Africans, re-installing discipline, courage and social responsibility as antiviruses against inordinate pleasure, fear and greed require social reorganization.[3][4] When African nations reorganize themselves for productivity and development, these behavioural antiviruses will become necessary.

A parent is an inspirational coach, discovering and building children’s strengths and self-confidence, not a self-righteous prosecutor digging faults. If after 15 years of their lives, you still have to threaten them instead of dialoguing, then you have almost lost them. Without family affection, firm guidance and appreciation in their development of discipline, courageous sincerity, productivity and social responsibility, children develop positive-attention-deficiency. They either become bitter people pouring their frustration on others, or vulnerable people seeking validation from outside, possibly dangerous sources.

Tags:With contributions from Pastor Mrs Feyisayo Bilesanmi
previous article
When “living to have” overtakes “having to live”, we suffer
next article
Fighting Boko-Haram without building KOBO life is haram