Suicide: reducing its occurrence in Nigeria and the world 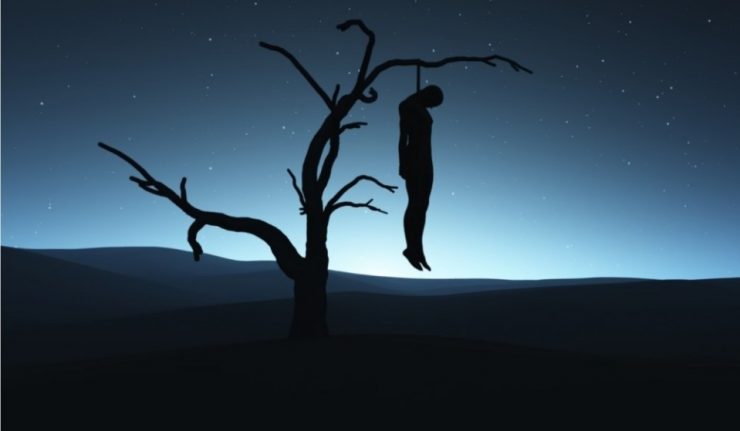 Fishes are enabled to swim and populate waterbodies, and monkeys are enabled to climb trees and support the ecosystem. When judging a fish by its ability to climb trees instead of its natural potential for swimming, you could think it is useless.[1] If the fish starts comparing itself with monkeys or judging itself by its capacity to climb or run, it gets frustrated and loses hope for living. Without discovering and focusing on their specific potentials for positive social impact, humans get depressed in pursuing trending standards of happiness. And if they don’t meet up, they become frustrated, depressed, see themselves as failure and consider suicide.

Recently, reports about suicide have increased in Nigeria and some other countries of the world. These include suicides from poverty, relationship-heartbreaks, guilt, shame, setbacks, fear of pain and loss of meaning in life. While some people empathize with those who commit suicide, others condemn or mock them as weak, unreasonable and cowards. Despite anybody’s judgment, it is difficult to imagine the internal battle people undergo before choosing suicide. And instead of condemning or defending them, I choose to evaluate the causes towards curbing depression and consequent suicide.

Suicide is defined as “the act of killing yourself deliberately.”[2] Though several cultures and religions condemn suicide as a selfish act, circumstances distinguish different types of suicide such as:

Also, as sacrifice for their people, some fighters, relatives or intellectuals undertake dangerous causes that will most probably take their lives. They include those who wilfully die protecting their people, faiths, virtues and ideals, or pursuing their goals. These types of suicide are often eulogized as heroic because the people willingly gave their lives in service of others.

All humans seek happiness, and every human activity, quality or possession is valued according to its capacity to provide happiness.[3] Due to their dissimilar influences and understandings of happiness, various people seek happiness through different contradictory sources. Happiness can be classified into two: material and internal happiness.

Why do people commit suicide?

Our tendency to suicide is dependent on our chosen type and source of happiness according to our level of enlightenment. While the quest for material happiness is satisfied by getting things for yourself and/or relatives, the quest for internal happiness is satisfied by giving to the world. For in consistently trying to give to the world, the individual discovers, actualizes and utilizes his potentials in response to his rational nature and innermost yearning for internal happiness.

In seeking resources for creativity and social responsibility, fulfilment-driven people make higher impacts when they obtain resources, or continue serving with already available capacity if they don’t get more resources. Since our happiness depends on what we offer the world, we are guided by the principles of common good when seeking the resources, in order to avoid contradicting ourselves by exploiting one group to favour another.

To avoid the level of depression that leads to suicide, humans strive to consistently discover, develop and use their potential for the society. The idea that real happiness comes from the size of personal acquisition is faulty, since humans are internally beings of reason, creativity and social responsibility. The world is waiting for your creative and responsible gift for harmonious growth. The gift that brings fulfilment and actualization to your existence on earth. Cutting your life short without totally giving what you have brought means denying the world the greatness in you.

Nigeria and many other African countries suffer depressing poverty majorly because of the colonially-made political structures for exploitation. European colonialists imposed commonwealth structures by violently[7] binding unconsented kingdoms and communities[8] under militarized governments for exploiting human and natural resources.[9] With the imposed political structures on many unconsented peoples, they use some sections of these fake countries to seize and export other people’s resources. These seized and exported resources are what different African communities could have used to produce what they need for meaningful life. To reduce the events of suicide in Nigeria and African nations, they will focus their hopes and energies on retrieving their resources for productivity and social responsibility. Instead of hoping to beg or get more foreign goods and services for survival.

Like suicide bombing, every suicide, every single one is an act of terror perpetrated against everyone you have ever known, the people closest to you. Raymond Reddington