Domestic violence and definition of personhood in Nigeria 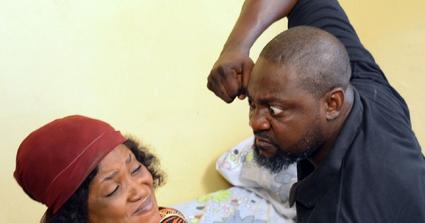 Football teams have different players with different specialties like goalkeepers, strikers, wingers and midfielders who combine their efforts to achieve a common goal. Since they are a team and contribute to their common goal, each person works to support other members of the team. When some players feel stronger and lose focus of the team’s purpose, they oppress other teammates thereby affecting overall team performance. Also, the family and society consist of differently skilled individuals working together for collaborative productivity and progress. When some individuals feel stronger and forget the society’s purpose, they adopt domestic violence and oppress people they should support for the society’s progress.

Religious people insist that God gave humans dominion over all creatures for procreation, sustenance and fulfilment. This power to dominate nature manifests when humans develop their social and scientific intelligence for exploring and utilizing natural resources. Men’s rough energy manifests in producing houses, tools, vehicles, communication and entertainment equipment, tractors and other material products. By collectively conquering their environment, men create wealth to satisfy their needs for food, family, society, security and property. Men’s rough energy dispose them for tougher roles in security and production from hard natural resources, while women manage, modify and distribute these products for social harmony. Each person is legally protected and enabled to develop and contribute their best to the society according to their talents and dispositions. When a society undervalue human potentials, they become careless about some people’s physical, intellectual and emotional development. Hence, they tolerate domestic violence.

Before the colonial invasion and their social-disordering activities, Africa’s kingdoms and communities had different social orders. Some of them were administered by traditional rulers and chiefs according to age grades for males and females. Apart from the family support and protection for individuals, the age grades support and protect their members’ interests. Each group and age grade educated and enabled their members for their productive roles in the family and society. Though some form of domestic violence may have happened then, the people’s productive roles and social-support systems made them valuable and less exposed to domestic violence.

Today, Nigerians lack a common conception of nationhood,[9] and the brutally-merged peoples continue fighting one another under colonially-imposed political order.[10] In such frustration, some people transfer the aggression to people around them, resulting in domestic violence.

Nigeria’s militarily sustained structure does not support productivity and progressive show of human instinct for dominance. Politicians are more interested in getting money from selling people’s mineral resources than supporting productivity. Therefore, avenues for expressing healthy dominance like sports, arts, technology, academics and industry lack support. Also, getting materials for positively engaging activities is unsteady since they depend on expensive importation, instead of local productivity.

With the seizure of people’s production resources, the few people who get political power or higher access to foreign products can suppress others without opposition. Now, individuals from families with political connection or more access to foreign products can maltreat others, even their spouses without fear. And since the victims are economically or emotionally dependent on them for survival or social recognition, they endure.

Today, the politicians following colonialist guidelines multiply and implement only laws that suit them, while neglecting human resource development. Thus, many laws lack provisions for human resource development and protection, but support oppression and exploitation. Some of the laws supporting oppression, and by extension, domestic violence are found in both the criminal code and penal code.[12]

Defence for assault on women

Tactical defence of rape against women

With these legal loopholes, it becomes difficult for domestic violence victims to obtain justice, especially when the offender is wealthier. Different groups, NGOs and associations continue in their damage-control effort to save the few people they can from domestic violence.

Reorganizing the society for proper management against rape

Despite many efforts to condemn and legally combat domestic violence, it continues even among social protectors. So, Nigeria requires a better strategy to deeply control the social, psychological, legal and economic factors in domestic violence. We noted that human instinct to conquer and dominate turns to domestic violence when it lacks proper direction and resources for productivity and social responsibility. Hence, the new strategy will emphasize social reorganization for productivity and social responsibility above importation and distribution. A sincere government will arise and the following:

Managing the new society against rape

Despite enabling productivity and creating jobs, some people may not easily give up the habit of domestic violence. Hence, the sincere government will adopt other regulatory measures like:

It is in human nature to conquer and dominate his environment either as an individual or as a group. Nature gave them rough and jagged energy to conquer elements in their environment for their good. When a society denies men access to natural resources to conquer productively, they can often unleash their jagged energy in domestic violence.

Tags:Domestic violence
previous article
Suicide: reducing its occurrence in Nigeria and the world
next article
From social condemnation to social redemption: smartness vs greatness