Valuing progressive mistakes and little beginnings for a new Nigeria 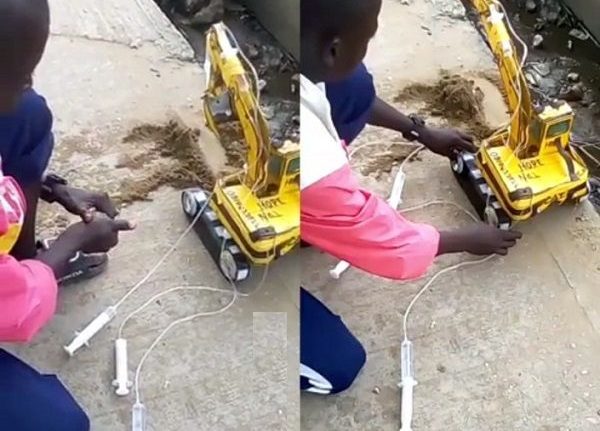 Learning to ride bicycle either as a child or an adult can be difficult, dangerous and harmful. There are risks of falling down, sustaining injuries or crashing and spoiling the bicycle. A father who is lazy to learn riding bicycles depends on foreign riders to hire or buy his bicycles for their businesses and his own service. Because of the quick money he gets from selling or leasing bicycles, he values the bicycles more than his children and would not allow them learn riding because they may spoil the bicycles. Likewise, a government lacking knowledge of mineral resources’ roles in productivity supplies the resources to foreigners at the people’s detriment. Then, the government will continually blame the people’s inexperience and possible mistakes as reasons for denying them access to their resources.

Nigerian politicians often insist that they do not award project-contracts to local companies because foreign companies do better jobs. Others brag about using foreign companies to build projects instead of local companies they describe as unprofessional, corrupt, lazy and inexperienced. This trend flows down to the people, causing an inferiority complex about making or using locally-made products and services. Presently, most local efforts to imitate existing technologies from industrialized countries are either dismissed as mediocrity or applauded without follow-up. The negative effect of this practice necessitates an evaluation of the role of government, especially in Nigeria.

What is the work of government?

Progressive societies are formed by people’s agreement to collaborate in using their resources for solving their common problems. Since humans find happiness by actualizing their potentials, societies create governments to enable individuals discover, develop and gainfully use their potentials in the society. Thus, after securing lives and properties, government’s work is to create the atmosphere for people to develop and gainfully utilize their potentials and resources. Thus, government encourages peoples’ productivity by creating policies, regulations and institutions for learning, researching, testing, financing and connecting citizens for higher productivity.

Like learning to ride bicycle, the process of developing these potentials involves series of mistakes and failures. And without understanding the importance of progressive and intelligent mistakes, impatient governments and people discourage small beginnings. Impatient governments discourage start-ups by constantly and cynically comparing these little beginnings with experienced experts.  But intelligent people value bold and intelligent failures, and bring them back to use the experience to try again.[1] For without tolerating a large number of these failures and intelligent mistakes, it is impossible to achieve true innovation.[2] They understand that the only mistakes are those from which we learnt nothing.[3]

What does Nigerian government consider to be its work?

British colonialists created Nigerian government by violently binding several unconsented kingdoms and communities[4][5] for exploiting human and mineral resources.[6][7] They killed those who opposed their invasion and trained loyal ones to assist in enforcing the colonial rule. Before leaving at independence, the colonialists fixed a constitution to guide their indigenous replacements[8] in seizing and exporting people’s mineral resources in exchange for European consumer products.[9] Thus, Nigeria’s colonially-imposed government uses military violence to deny intelligent and able-bodied Nigerians access to their resources for production.[10][11][12][13] To appear democratic, Nigeria’s colonially-imposed government created states, local governments and ministries to share foreign products as infrastructure, salaries and charity handouts.

With the seizure and export of mineral resources that could have been used for productivity, Nigerians are never expected to industrially produce anything. Also, politicians say Nigerians are unemployable following foreign claims that Nigerians cannot understand the techniques of industrial production.[14] Thus, Nigerian government focus on using foreign companies to build roads, malls, airports, hotels and stadiums, and to share financial handouts, food, motorcycle, grinding machine, tricycles and other imported products. Unfortunately, sharing road-projects, malls, airports, food and imported products does not develop people’s productivity. Instead, it increases their unproductivity and dependence on extreme importation.

The first step in getting to a destination is to define where you are going, otherwise you continue to wander aimlessly. To get to Nigeria’s destination, a sincere government can follow these steps:

Humans do not just stand up and begin walking fine. They crawl, stand, trot and fall many times before they eventually become strong enough to walk fine. Likewise, many people who have been rendered unproductive by the colonially-imposed and resource-seizing Nigerian government will develop their capacity in stages. And despite their initial mistakes, they will be encouraged to improve until they become the best they can be.

[10] Nigerian minerals and mining act 2007 act no. 20, chapter 1, Part 1, Section 1, paragraph 2 “… all lands in which minerals have been found in Nigeria and any area covered by its territorial waters or constituency and the Exclusive Economic Zone shall, from the commencement of this Act be acquired by the Government of the Federation…”  “No person shall search for or exploit mineral resources in Nigeria or divert or impound any water for the purpose of mining except as provided in this Act.”  “The property in mineral resources shall pass from the Government to the person by whom the mineral resources are lawfully won, upon their recovery in accordance with this Act.”

previous article
Let’s make Nigeria great again… How great? We will get there… Where?
next article
Transforming Nigeria’s intertribal bitterness to neo-colonial liberation energy