The necessary pride for Nigeria’s redemption 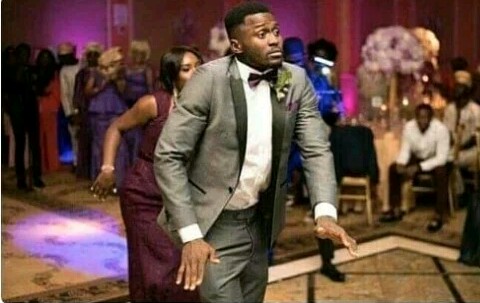 Guns are powerful instruments that can be used for different purposes. Using guns, people can hunt to feed their families, protect their families from attacks or oppress other people. Guns are neither moral nor immoral, responsible nor irresponsible. It is human beings that are judged moral or immoral, responsible or irresponsible depending on how they use guns. Hence, three different people holding similar guns can be classified differently as great hunter, brave solider and heartless terrorist. Like guns, pride is a powerful gift to humanity, and every human being has pride, albeit different kinds and levels. It is how we use our different kinds and levels of pride that qualify our wisdom or foolishness, morality or immorality.

The word ‘pride’ has often been used in negative senses that some people automatically associate it with negativity. So, you hear general statements like pride comes before a fall, pride blocks good luck and spoils relationship. Yet, the same people use it to refer to their positive emotions. I am proud of my son, of my God, team, achievement, direction, country, tribe, family or other things. This confusion necessitates an evaluation and distinction among possible forms of pride and their roles in the society. Primarily, pride is the feeling of satisfaction you get when you or people connected to you have done something well, or own something that other people admire.[1] Pride can be used in several ways, but this article explains three ways and implications of using pride:

Social effects of pride as appreciation include:

Social effects of pride as defence include:

Social effects of pride as oppression or arrogance

Which type of pride is prevalent in Nigeria? – Arrogance

Colonialists created Nigeria by violently binding different unconsented kingdoms and communities[2][3] under a militarized rule for seizing and exploiting their resources.[4][5] After independence, the colonially trained administrators continue exploiting people’s resources for colonialists, and then importing and sharing few goods and services as justification. In seizing the resources people could have used for production, the brutally-merged people now struggle to get more share from the imported goods and services. Instead of reorganizing the system for people productivity, Nigerians wait for government to share resource-money so we brag about who got more and how they spent it.

Hence, the prevalent type of pride in Nigeria is arrogance, which manifests in funny mantras like Igbo amaka, Yoruba amaka, etc. These intertribal brags follow manifestations of domestic social mediocrity like building few shiny infrastructure, or international individual excellence in technology, academics or politics. People brag about simple streetlights and culverts from public officials, or their tribesman’s academic, political or technological record abroad. With this arrogant disposition, different ethnic groups continuously seek reasons to justify their superiority over others, or their ability to frustrate other groups’ success. This toxic petty rivalry distracts the different ethnic groups from the bigger anti-colonial picture of retrieving their resources for productivity, internal trade and pride.

Which type of pride is necessary for Nigeria’s growth? – Pride as defence

Before colonialism, the different kingdoms and communities in the present-day Nigeria had proud histories of productivity, trade and values. They had cultural values of hard work, integrity, hospitality, independence, respect, justice and creativity, manifested in their crafts, sculptures and proverbs. However, the colonially-imposed form of Nigerian governance is gradually robbing off these histories and values from formerly great kingdoms and communities. They seem to be quickly adjusting to the forms of mental dependence, unproductivity, conformism and weakness that came with colonialism.

The major resource upon which Nigerian government depends for funding is crude oil from the Niger-Delta. Using the imposed constitution, Nigerian government auctions seized oil from Niger-Delta, and shares the proceeds as it wishes. So, other Nigerian groups do not have to produce or trade anything with Niger Delta to earn oil proceeds and amenities. They just have to support the colonially-imposed form of robbery (democracy) to claim joint-ownership of “awa-oyeel”, and to demand free amenities. This is the mind-weakening, shameful and colonially-imposed system for robbing Peter to please Paul and other supporting apostles, including Judas.

In conclusion, the different ethnic communities in Nigeria have not always been weak and mentally dependent. They still have brave people of integrity who value their histories of dignified productivity over ‘free’ crumbs used as bait to support legalized armed robbery. These brave people from the different kingdoms and communities will eventually motivate their natives to retrieve rights to their own resources for local productivity and dignified trade. With their dignified productivity, they will be able to solve problems, trade and earn their dignified living. Instead of continuously depending and begging government, aid agencies and foreigners for basic needs like food, shelter and healthcare.

Finally, for a progressive Nigeria, the different kingdoms and communities need pride as appreciation.