Language and the hope for a progressive Nigeria 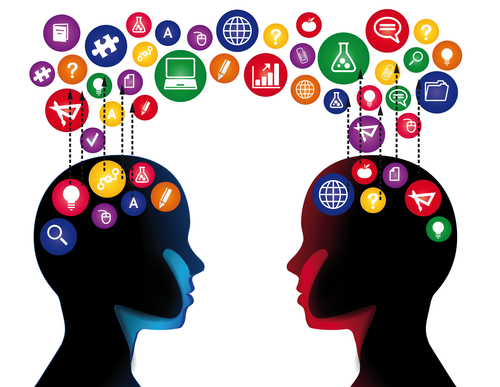 Pipes are means of sharing water and other liquids to different parts of a building, facility, city, town, country or continent. Despite their size, colour and beauty, pipes are valued for their ability to preserve the quality of the liquid flowing through them. When rusty, dirty or leaking, a pipe can spill or contaminate the treated water, wine or fuel you pump through it. Like pipes, verbal languages can conceal or distort your messages or ideas in the society. So, despite your good intentions, you require the right language to communicate your ideas and convince people for social progress.

Some people in underdeveloped countries seem to confuse intelligence with proficiency in speaking or writing foreign languages. Some Africans are denied opportunities or mocked as illiterates for not speaking some European language, especially the colonial languages. Others learn to speak like former colonialists as a way of proving their intelligence, worth or superiority over others. In this frenzy to speak foreign languages, they often forget the social and industrial purposes of language, foreign or local. Thus, even when they cannot understand or resolve issues in the society, they cover their ignorance with high-sounding or ineffective vocabularies, quotations and crammed formulas.

Definition, requirement and use of language

Language is the system of communication in speech or writing that is used by people of a particular country or area.[1] The purpose of communication is to share information from our knowledge, beliefs, ideas, state and feelings with other people. When sending a message, you expect your message to have some positive or negative effects on the receiver. The intention could be for education, direction, organization, motivation, assurance, respect, insult or deception. So effective communication means using any suitable language that conveys the intended message for achieving the intended effect in the receiver. Primarily, it requires understanding the receiver, to know the language he, she or it will understand. For communication is incomplete until the receiver understands the message you intend to convey, whether in foreign or local language. A language, as a system of communication, is inadequate if it confuses, distorts or fails to convey the intended message. So, speaking a well-polished and accented French to an English professor or Yoruba man who has never learnt French is a waste.

Significance of language in the human society

Like natural things, humans find fulfilment by actualizing their potentials, or becoming the best they can be. They develop and use their potentials and resources to satisfy their needs and earn profit. So, humans organize societies for people to develop, use and exchange their potentials and resources for happiness.[2] When organizing their society, people use their preferred language to discuss and agree on the terms and conditions for productive coexistence. They use their language to develop and share industrial knowledge for productivity, and social knowledge for peaceful coexistence. After weighing their potential threats and benefits, strangers or their descendants are required to learn the people’s language, in order to be accepted as tourists, immigrants, residents or citizens. This enables the stranger(s) to assimilate and peacefully collaborate with the host society for social progress.

Historical development of language in Nigeria

Like many African countries, Nigeria’s official language is English, flowing from the British colonialists. Before colonialism, more than five hundred kingdoms and ethnic communities lived differently in the space now called Nigeria. These kingdoms and communities had their different languages, cultures and manual production methods from their local resources.[3] Yet, some of them lacked and needed external contacts to compare, adjust and improve their production methods and styles of living. But the British colonialists seemed more interested in exploiting their resources than improving their production methods.[4]

So, British colonialists created Nigeria by violently binding the different unconsented kingdoms and communities[5][6] under a militarized rule for exploiting their resources.[7][8] They killed those who opposed their invasion[9] and trained the loyal ones from different sections to assist in the lower level of colonial administration. Before leaving at independence, the colonialists fixed an English-written constitution to enable their local assistants[10] collect and trade mineral resources for European finished goods.[11] It is from trading raw natural resources that the postcolonial government imports and shares amenities and salaries through states and ministries.

Current effects and dynamics of English language in Nigeria

It appears that British colonialists used English language to mediate and connect different peoples who would have taken longer time to interact and evolve as a country. Some of the communities in the west had not met people from the east. And some of the people in the south did not know about the people in the north. The different kingdoms and communities had many dissimilar languages. And it would have been difficult for them to agree on one native language in an organic social evolution. With the introduction of English language, the different people can now communicate in English and relate with the outside world. Thus, it could be said that the colonial imposition of English language was for progressive social evolution.

On the contrary, the discriminatory method of spreading the ‘mediating language’ suggests a different agenda from progressive social evolution.[12] Productivity and social responsibility are the two defining elements for progressive social evolution. Productivity grows from using any language in educating people to technologically use natural resources to produce useful items. While social responsibility grows from organizing people to use any suitable language to discuss and agree on terms and conditions for harmonious co-existence. Unfortunately, the colonialists seemed neither interested in teaching the communities modern productivity,[13] nor making them discuss and agree for harmonious coexistence.[14] Instead, they used English language to create and authorise different alien institutions and positions for controlling and exploiting the different peoples’ resources.[15]

These postcolonial institutions import and share few foreign amenities as justification for seizing and exporting different people’s natural resources. Since the institutions restrict the resources people could have used for resource-based production, the remaining avenues for survival are crude-resource exports, importation and distribution of foreign goods’ and containing the people using military, academics, entertainment or religion. As these service institutions without material productivity are not enough to absorb the population, postcolonial public administrators seek elimination methods to reduce the number of people to employ. So, people require passing English language, Mathematics and some other English-based subject to work with government or their allies. With English as basic language for postcolonial institutions, it is difficult for those who cannot speak English to get adequate loans, employment or operational licenses. Now, some regions are accused of denying education to the lower class to avoid being challenged by the lower class.

Now, English language appears to be a colonial tool for obstructing growth and denying people their resources and productivity. 59 years after independence, more than 60 million Nigerians are called illiterates and judged incapable of productive activities because they cannot speak English.[16] Before colonialism, natives did not need English language as blacksmiths, sculptors or goldsmiths to make tools from their extracted mineral resources, gold, bronze, iron ore, silver and ivory.[17] They organized their societies, discussed local production methods, and produced what they could from their local resources, using their local languages. With translated demonstration of modern production and the freedom to own and use their resources, they could have improved their production and be willing to pay taxes. They would have been eager to learn other languages that would increase their productivity and earnings. Instead, the English-made laws seize their local resources, and require they pass English to get postcolonial positions before lobbying and begging for their resources.

Yet, since material production is not restricted to any language, not speaking English must not hinder people from owning and using their resources for productivity. Instead, people from the different communities will retrieve their rights to own and use their resources for production, trade and tax.[18][19] Thus, these communities will be eager to learn and teach their natives English or any other languages that can improve their production, trade, wealth and pride. Knowing that their growth depends on their productivity, they will invite their foreign-based natives to return and teach their people modern productivity, even in their native languages. The best way of learning is creating things from ideas, not just consuming ideas. The best way of learning to play guitar using your fingers is using your fingers in playing guitar. Not cramming guitar notes and moving your fingers on air like someone who wants to play guitar. Insisting that people must learn English to be productive is like insisting that people must cram all the guitar notes for five years before playing on a real guitar.

Given Nigeria’s peculiar situation, every Nigerian deserves to speak at least two languages namely, English and his/her native language. While they use any form of English to discuss among the different communities, they can also use their native languages for local production. Being a widely spoken language, English connects them to global ideas, goods, services, markets and peoples. Yet, different communities can involve translators in sharing industrial knowledge within themselves to sustain local productivity. In the end, productivity comes before English language, as opposed to Nigerian style of English language before productivity.