Growing a victory-mentality from victimization 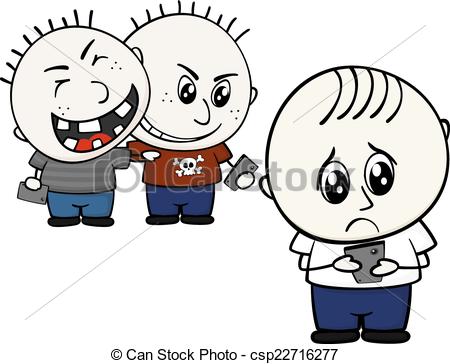 Potatoes become soft when boiled, but egg becomes hard in the same condition because of its inner characters. Christians believe that it is not what comes to a man that defines him, but what comes out of him. So, if people throw thrash into your compound, you can either cry, complain and curse, or you convert the thrash to manure for your garden. You will not always get what you want or be celebrated for what you got. Instead, you will be celebrated for the ability to transform whatever you get for positive impact. So, instead of reacting miserably to victimization, you can grow a victory-mentality to impact your society.

Some people get afraid, guilty or bitter when they experience or remember experiences of pain, insults, shame, loss, defeat, inadequacy or mistakes. Noticing or expecting these feelings of pain and weakness, bullies capitalize on them to oppress, intimidate or exploit other people using offensive speeches, comments, tweets and gestures. Their common targets often include rape-victims, ex-convicts, racial or religious minorities, deprived, sick, physically challenged, former slaves or lowly workers. Some countries are blackmailed for shameful historical activities like genocide, cannibalism, barbarism, betrayal or slavery. Despite historical and immediate faults and inadequacies, everyone and group have potential goodness to discover, develop and contribute to the world.

Effects and kinds of victimization

Humans derive happiness by developing and using their potentials and resources for solving problems and satisfying needs. To achieve this, humans need enabling relationships and environments to develop. However, victimization obstructs this developmental process by ‘making people suffer unfairly because you do not like them, their opinions or something they have done’.[1] Victimization could be broadly categorized as follows:

Direct personal victimization: These are unfair treatments directed at people based on their immediate circumstances like body structure, intellectual or physical abilities, financial and social status or their moral and tactical mistakes. It includes mistreating people for being fat, skinny, short, ugly, sick, poor, untalented, dull or physically challenged. It also includes using people’s past mistakes or to judge and hurt them. Such victimizations become more painful because the attack is based on an evident reality.

Relational victimization: These are unfair treatments for some historical disadvantage or mistakes one’s relatives or ancestors have had in the past. It includes mistreating people for descending from different racial backgrounds as whites, blacks, Indians, Chinese or other different groups. Or maybe one’s relative(s) or ancestors were involved in present or historical slave-trading, rape, robbery, cannibalism, invasion, prostitution or other vices. This victimization manifest bluntly as racism, tribalism and all other forms of discrimination.

Expectations and reactions to victimization

The persons victimizing others expect to see the negative effects of their actions on their victims. They expect the victim to cry, lose focus, become bitter, discouraged or defensive, and fail in their pursuits. And when their victims react the way they desire, they feel victorious. The most harmful effects of victimization are not the actions at the time of victimization, but the emotional torture that follows in the individual’s private time. Many times, those who experience victimization begin to accept the labels and negative comments thrown at them. Other ways in which people react when victimized include:

Though these reactions can temporarily shield people from the ugly effects of victimization, they may not rescue the individual. Also, the anxiety from hiding, fighting, blaming or denying distracts people from discovering, developing and using their potentials. And when opponents see the weakness, they will use them as weapons against the victim. Even, some friendly enemies and sycophants use it to feed the victim’s weakness and fears in order to control and exploit them.

Turning the victim-mentality to victory-mentality

Stories of victory are marked by transitions from weakness, failures and difficulties to greatness. They are tension, suspense-filled stories of how people overcome different challenges to become victorious in their ventures. They are not just fables of moving from one comfortable position to another without struggles. Thus, different forms of victimization, both manmade and circumstance-made, provide the necessary twists for victorious life-stories. The individual just needs an attitude to draw positive energy from the personal, historical or relational challenges. Steps for drawing positive energies from victimization includes:

Tyrion:        Let me give you some advice Bastard, never forget what you are, the rest of the world will not. Wear it like armour, and it can never be used to hurt you.

Tyrion:        All dwarfs are bastards in their father’s eyes

Humans are imperfect beings with diverse moral, intellectual and physical weaknesses and faults. Some faults are more obvious, while others are easily concealed; some are outrageous, while others appear tolerable. But despite the intensity and immensity of our weaknesses and faults, “our past must not be white-washed”.[2] For those faults and weaknesses we often seek to white-wash are the foundations for our improvement and history of victory.

Briefly dispel wrong notions: It is necessary to make a simple and true clarification about wrong notions, exaggerations and incomplete narratives used in victimizing you. Without dispelling lies with truth, the silence could be interpreted as acceptance of guilt about false narratives. Yet, there is no need wasting much energy debating and proving your value, innocence and honour to biased people. The people who truly care do not need it, the people who need the explanation do not really care.

Improve your competence in solving problems and satisfying needs: confidence grows from competence, competence in discovering, developing and using your potentials to solve problems and satisfy needs. Protesting and defending your value, innocence or honour in order to dispel bullish falsities is not enough to avoid victimization. For nobody can restore his honour and dignity by whining, lamenting or begging like cry-babies. But improving your competence makes you relevant and respectable even to those who would wish to victimize you. And in occasions of institutionalized injustice, one redirects one’s energy to educating and empowering the victims for a united front. For when someone is empowered, he can choose to stay and regain his dignity as a minority, or to relocate to where he is appreciated.

Spin the wrong notion or story to serve your competence: when life gives you bitter lemon, you do well to make tasty lemonade from it. Victory comes from overcoming trials and turning your misfortune to opportunity for growth, not from crying and running. So, you can accept and twist their object for victimization as motivation for growing your competence. For instance, when mocked for having cannibal ancestors, you can joke that the genetic ancestral nourishment has made you more competent in engineering or any of your areas of competence. You could even increase the joke by wondering if tasting them could increase your competence to a supernatural level.

Bullies expect certain reactions from their victims, and feel victorious when their victims quaver and fail. But if a bully sees that his insults are producing the opposite effects on you, he stops on his own. Once you keep improving your competence in response to victimization, you overcome its effects.

Tags:victimization
previous article
Role of traditional rulers for a new Nigeria
next article
Who is funding the distraction from productivity?