Taking issues personally or professionally: who decides between their real danger and our increased comfort? 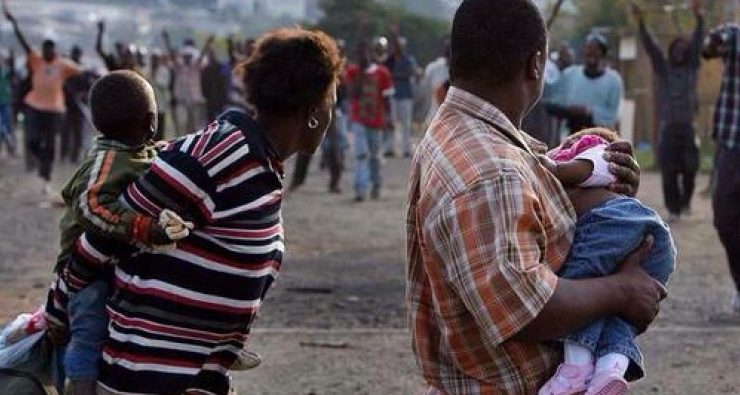 In the movie, ‘Tango One’, Drug-dealer, Donavan, was heartbroken on discovering that his daughter also sniffs the mind-disorienting drugs he supplies. He had sent his daughter to a private school where she would be educated and protected from the exploitation of reckless life. Yet, he makes so much money from distributing the same drugs widely, even to other people’s children. Finally, his daughter got involved with schoolmates who introduced her to the drug. So, Donavan fought to rehabilitate his daughter from the drug’s effect, and began evaluating his business choices. Until people are personally affected by the options they professionally present to others, they keep masking their fear, greed and indifference under the cover of working professionally.

During business, official or political discussions, some people accuse others of taking issues personally. Most people accusing others of taking issues personally brag about professionally playing by the rules, especially when they are not directly affected by it. Thus, they demand that other people should limit themselves to the professional rules when debating issues affecting others. Such issues border on war, torture, social injustice, socialism, capitalism, corporate slavery, research integrity, unemployment, media, production, distribution, side effects and industrial hazards. These set of people uphold and exploit the rules of each game as long as it is other people’s neck on the line.

Need for professional rules in a society

People form societies by agreeing to collaborate in developing and using their various potentials and resources in solving their problems through production, administration and security. For if everyone desperately pursues only his personal interests without social collaboration, there will be no peace or progress. Hence, in organizing their society, people create a system for maximizing and trading their products and services for common good. They make the laws to prioritize common interests and avoid social breakdown from clashes of individual or group interests. So, different rules are made to direct different professions and jobs from which people contribute and earn in the society.

However, the rules meant to guide professions towards common good can often obstruct progress or enable or bring direct harm to people. Though they are set to monitor and harmonize social roles, some protocols and technicalities delay or obstruct justice, security and progress. So, some people can exploit the loopholes in the rules to increase their gains at other people’s expense. While others obstruct or delay progress by rigidly or robotically sticking to excessively restrictive rules. The obstructive tendencies of professional rules were shown during the Senate trial of Jack Bauer in the movie, 24:

Senator Mayer: Did you torture Mr Haddad, (a terrorist)?

Jack Bauer: Yes. Ibrahim Haddad had targeted a bus carrying 45 people, 10 of which were children. The truth is that I stopped that attack from happening. When I’m activated, there is a reason, which is to complete the objective of my mission, at all cost.

Senator Meyer: even if it means breaking the law (rule of not torturing suspected criminals)?

Jack Bauer: for a combat soldier, the difference between success and failure is your ability to adapt to your enemy. The people that I deal with, they don’t care about your laws. All they care about is result. My job is to stop them from accomplishing their objective. I simply adapted.

Factors to consider in making, applying and modifying professional rules

Once a people have agreed to work together, several compromises become necessary for peace and progress. These necessary compromises are compiled as rules of engagement for progressive social interactions. Some of the necessary factors for consideration in making professional rules include:

The social contract emphasized that government should be based on the consent of the governed, not on the divine right of kings, imposed military powers,  by any tradition or by conservation of existing institutions.[1]

Without informed consent, professional rules can be imposed by unconcerned tyrants to override common good and universality. But with informed consent public officers become more responsible in administering the society for common good. And when an official derails from common good, the people can officially withdraw their consent from him/her.

“My job is to save lives today, now. Not sacrificing the lives now for later.”

Disregarding the legality of their African arms deal in the movie, “Lord of war”, Natalie warned his brother, Yuri: “We can’t do this deal. As soon as you give them the guns, those people will die.” Yuri: “it is not our business what they do with the guns…” Officer Valentine: “You get rich by giving the poorest people on the planet the means to continue killing each other.”

The first catalyst for social progress is the human need for happiness and relevance in developing his potentials for solving problems and satisfying needs. This catalyst is either enabled or frustrated by a system of professional rules that are made and enforced in a society. Without emphasizing legitimacy and common good, these rules endanger people’s lives, delay or obstruct justice, peace and progress.[2]

“Rightful liberty is unobstructed action according to our will within limits drawn around us by the equal rights of others. I do not add ‘within the limits of the law’ because law is often but the tyrant’s will, and always so when it violates the rights of the individual.”[3]

[2] Chukwunwike Enekwechi, “Law as a tool of philosophy: whether good or erroneous philosophy – need for legitimacy and common good” in Restartnaija, 22nd February, 2018. https://restartnaija.com/2018/02/22/law-for-philosophy-legitimacy-and-common-good/