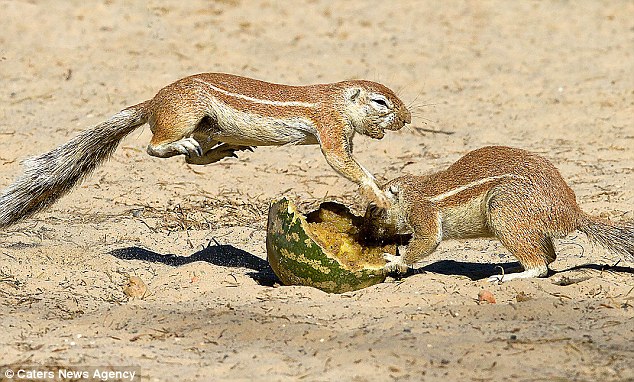 While hunting, three friends found an old big safe filled with gold coins. In excitement, the two elder ones gave the younger one a gold-coin to go purchase food and drinks for relaxation before sharing the gold. While going, the younger man planned to poison the other two’s food, so that he could have all the gold. Also, the two older men thought of killing the younger one on his arrival, so they can share the gold alone. Eventually, the gold remained unused, as the two older men died from poison after strangling the younger one on his arrival. Without creating a system to directly connect growth and consumption to steady productivity, sharing consumption will breed dependence, greed and conflict.

The idea of sharing a ‘certain’ patrimony or commonwealth brought unprecedented laziness, greed, crises and deaths in Africa. Communities whose members were historically known for diligence and productivity have become lazy and greedy while expecting consumerist-shares from a supposed commonwealth. They no longer think of producing things, supporting other people’s productivity nor developing their resources and former production networks. All they now do is thumbprint some ballot papers or obtain some certificated papers and begin demanding imported amenities, infrastructure and lucrative administrative jobs. Some ‘intellectuals’ evoke Ujamaa philosophy to support their claim for sharing consumption between colonially-merged peoples as solution for Africa’s problems.

Productivity is the highest factor for uniting, improving and harmonizing people’s relationships in a society.[1] Couples become more united and responsible for each other when they produce a child together. Teammates, soldiers or colleagues get more united when their collaboration solves common problems or satisfies common needs. Because they produce great results by working together, they value each person’s contribution and feel the need to protect one another. But when the system for productivity is blocked, people become desperate fight to accumulate consumption.

After achieving industrial revolution, European industrialists moved out in search of raw materials for their high-resource-demanding industries. Wherever they saw desired raw materials, they invaded to choke the people’s production structures before exploiting the raw materials. They kill or depose resistant community rulers, before installing and paying soft ones who will not resist their social disorganization. Then they merge several unconsented communities under a westernized structure in order to use some to exploit the others. To sustain the indirect exploitation, the colonialists pay the postcolonial administrators to seize and export the resources people could use for production. Then, the postcolonial administrators create states and ministries for controlling the people by sharing consumption as infrastructure, salaries and welfare.

To overcome this unproductive system of sharing consumption, different communities will look inwards to define their human and natural resources. Afterwards, they will start educating their people to use natural resources for producing relevant tools and consumable goods. Eventually, they will begin liaising with other communities for higher industrial collaboration and trade. For without productive collaboration, Nigerians will remain aggressive to one another in a greedy dependence on foreign goods. And as long as the different ethnic communities in Nigeria keep expecting to survive by sharing consumption from the seizure and sale of crude oil in Niger-Delta communities, their people will remain poor, greedy and lazy. They will never have the confidence to retrieve and use their resources for industrial production. Then, their children and children’s children will be ashamed of their cowardice and inability to set systems for sustainable productivity.

Any man who only leaves his children a legacy of sharing consumption has left the seed of conflict and disorder in his family. But a man who leaves a culture and system of steady productivity leaves a seed of life and growth.

Consumption is the new slavery,[2] and he who feeds you controls you and mortgages your life.

Tags:sharing consumption
previous article
Taking issues personally or professionally: who decides between their real danger and our increased comfort?
next article
Why take responsibility for other people’s political impositions and actions?