Why take responsibility for other people’s political impositions and actions? 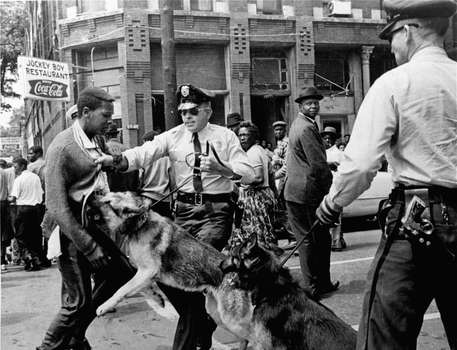 After high-profile robberies, policemen often invade the area to arrest young men they see in the area. They manipulate or torture these young men until the young men admit knowing or being part of the robbery gang. Due to its deficiency in getting actionable truth, human-right groups oppose the act of extracting criminal confessions through torture and mental manipulations in the absence of a lawyer. By constantly repeating fraudulently obtained confessions, some victims start accepting responsibility for things they did not do.

The speed with which some Nigerians admit or generalize responsibility for Nigeria’s dysfunctional structure suggests a mental conditioning.[1] They blame farmers for increasing food prices during fuel price-hike without considering that farmers use fuel in transporting their harvests and still depend on other hiked products. They blame students for not taking education seriously, even when first-class graduates are hopelessly unemployed. They identify, generalize and blame people’s desperate actions for survival in the colonially-rigged system as the root cause of Nigeria’s problem. Soon, they will extend the blame to the unborn children, who will be born and raised within the unproductive and unconsented system.

Factors for taking responsibility for other people’s actions

Timidity: due to intellectual, financial, social or military inability to defend themselves or challenge accusations, people can accept responsibility for other people’s actions. This can be called intimidation. Such could be seen between policemen and suspects, tough lecturers and shy students, bullies and snowflakes.

Magnanimity: when you understand the situation and yet offer to take the responsibility to liberate a weaker person or as personal sacrifice for social growth and progress. For instance, a father takes responsibility for his child’s vandalism, a man for his wife, a mother for her children and so on. Also, a man paying for damages incurred by a homeless person or clearing a littered road.

The speed for accepting, generalizing or diverting responsibility for Nigeria’s dysfunctional system to the victims cannot be attributed to magnanimity. The postcolonial defenders neither understand the foundational effect of colonialism, nor the requirements for progressive society. Instead, their defence follows from either Stockholm disorder (in admiring foreign lifestyle) or timidity (historical fear and ignorance). So today, “the African himself has doubts about his capacity to transform and develop his natural environment. With such doubts, he even challenges those of his brothers who say that Africa can and will develop through the efforts of its own people.”[3]

The yardstick for measuring working societies is their productivity and social responsibility. Productivity comes from applying scientific knowledge on mineral resources to create useful items, and social responsibility comes from people’s collaboration in using human and material resources for common good. This collaboration for common good is guided by the ideals (optimum expected behavior) they choose and codify as laws.

Before colonial invasion, the different ethnic groups in Nigeria were living, growing and managing their areas separately.[4] Unfortunately, British colonialists invaded to uproot the different people’s social orders over several decades before merging the people under a colonial rule. The colonialists killed all those who resisted colonization,[5] and trained the controllable ones to uphold the colonial rule.[6] So, the different unconsented people have been fighting one another in the colonial structure. By violently merging and holding dissimilar, unconsented and unfriendly communities under their colonial system even after independence, British colonialists made Nigeria as a prison or forced polygamy. The effect of such a union without dialogue or agreement for common purpose is constant crisis, instead of collaborative productivity. Noting the devastating effect of forging a union without common purpose, Thomas Hobbes writes:

“For being distracted in opinions concerning the best use and application of their strength, they do not help but hinder one another; and reduce their strength by mutual opposition to nothing: whereby they are easily, not only subdued by a very few that agree together; but also when there is no common enemy, they make war upon each other, for their particular interests.”[7]

The present desperation, crises, crimes, exploitation and feuds in Nigeria are results of an exploitative union imposed on disparate people without an agreement. The different communities had their faults and manageable challenges like people in other continents. But the postcolonial government structure, powers and institutions are purely exploitative creations of colonialism. The indigenes of the forcefully merged communities were not consulted during the foundational amalgamation. We were all born into colonialism, and all the “bad” politicians were groomed and positioned in a colonially-programmed system.

In responding to the self-recrimination and blames for individual Nigerians as the causes of Nigeria’s socio-political problems, it becomes important to ask few questions:

1. Who created Nigeria and why?

2. Who made the laws to direct or prohibit actions and thoughts in Nigeria beginning from 1914 till 1964.

3. Why is Nigeria unproductive and totally dependent on foreign products for survival?

4. How do isolated criminal or negligent actions of individual people born and raised within an unproductive and irresponsible system become the foundation for unproductive system in which they were born?

5. How does accepting blame for a system in which you were born reorganize the system for productivity and social responsibility.

6. If you give birth today, will you include your newborn as part of the root causes of unproductivity and social irresponsibility in Nigeria? Will you wait for him to reach a certain age ( say 7 or 12 or 18) before being labelled as the cause of Nigeria’s political problems? Will any of his childish misbehavior or human fault qualify him to become the cause of Nigeria’s socio-political problems? If yes, how? And if no, why include other people’s children who did not create the social system operating in Nigeria?

Though we were all born into colonialism, colonialism was not born inside us, and must not pass down to our children. And as you keep making sincere effort to reorganize the imposed system, you are not responsible for it. You are being magnanimous, and the Spirit of humanity will always assist you.

“An easy way for avoiding responsibility for a problem is vaguely generalizing blame instead of specifying, allocating and evaluating responsibilities for solving the problem. For when everybody, including dependents, victims and kids born into a society, are blamed for its fundamentally malformed social structure, nobody can be held responsible for anything. When everybody is equally judged wrong, nobody is wrong, and nobody can be held accountable for anything.”

[2] Kimberly Holland, “What is Stockholm Syndrome and who does it affect” in Healthline, November 11, 2019. www.healthline.com/health/mental-health/stockholm-syndrome/ Retrieved 14th November, 2019.