Creating jobs without creating wealth: the illusion of government performance 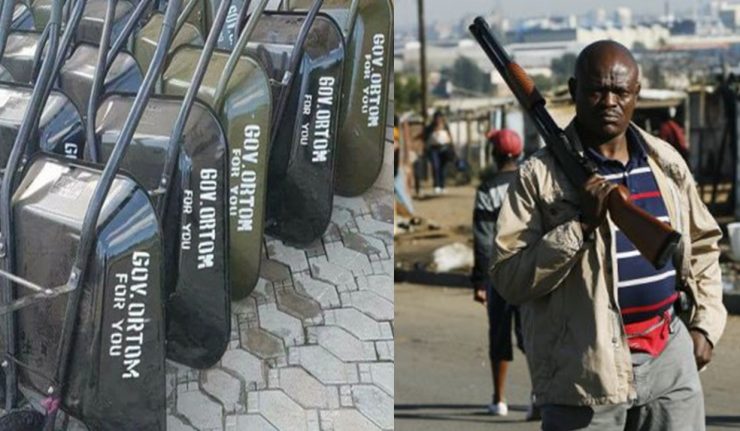 During wars, almost everybody in the society is fully employed and having several jobs.[1] Government spends much resources on arms, ammunitions, propaganda and damage control. It employs many people to deceive, monitor, detain, intimidate, extort, reward or force others to support government’s activities and position. Government officials steadily meet to discuss strategy for suppressing real and perceived opponents, or sharing relief materials to displaced persons. The people employ themselves in the job of hiding and surviving, even at other victims’ expense. Hence, wars and crises are excellent in creating jobs to keep everybody busy without creating wealth for growing the society.

Many election candidates in Nigeria seek votes with the promise of creating jobs for millions of people. Others try to prove their ability for creating jobs by showing or exaggerating the number of employees they have. Past and present governors, presidents, chairmen, councillors, security chiefs, civil servants and businessmen flaunt their high records in creating jobs.[2] Yet, despite all these supposed testaments of creating jobs, Nigeria still depends on importation for all technical products. Thus, all these efforts for creating jobs do not result in sustainably creating wealth, not even toothpick or needles.

Creating wealth in a society is different from ordering, importing, assembling, remoulding and sharing already-made wealth from other places. Progressive societies grow from the people’s agreement[3] to develop human and natural resources for solving their problems and needs. They create wealth for solving problems and satisfying needs by applying scientific knowledge on agricultural products and mineral resources.[4] And “real wealth consists in what is produced and consumed: food, clothes, houses, vehicles, factories, schools, books, [gadgets] and churches.”[5] So, the arrangement, competence and political stability for creating wealth sustains a country’s economic progress.

Colonialists created Nigeria by brutally merging different ethnic communities and kingdoms[6][7] under an indirect rule[8] for using different sections to exploit others.[9][10][11][12] Unlike progressive countries freely collaborating for productivity, Nigeria is like a war zone operating on principles of deceit, force and damage-control. So, creating jobs in Nigeria does not imply creating wealth. Instead it implies twisting institutions for deceit (academia, religious groups and media), force (armed forces) and damage control (politics of sharing consumption, import and distribution). This is why the Federal Capital Territory, state capitals and main cities keep bustling with highly employed but unproductive people.

Presently, ministries and parastatals with several employees demand huge allocations from the sale of seized resources. Instead of supporting productivity, they depend on importation for service tools, vehicles, offices and houses. Even regulatory ministries for supporting economic growth multiply protocols to extort people and frustrate people who have productive initiatives. Then, government annually borrows recurrent expenditure funds to pay workers who lack justifiable service to creating wealth.

“When providing employment becomes the end, need becomes a subordinate consideration.”[13] Then irrelevant and unproductive jobs are invented or multiplied as avenues to suck funds from seized resources. And instead of thinking only where jobs are needed for productivity, government spenders think of where jobs can be created just to keep people busy, distracted and endlessly hopeful.

Tags:Creating jobs
previous article
Why take responsibility for other people’s political impositions and actions?
next article
The false hope of buying Nigerian to grow the naira