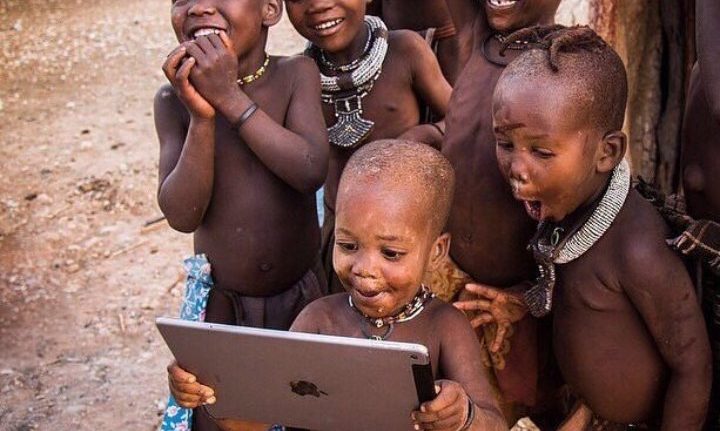 Cocaine is a highly addictive drug people take to feel high and charged, and to temporarily forget their pains. Because of its addictive powers, addicted people are eager to sell or do unbelievable things just to get it. Gangsters, traffickers and pimps continuously drug their victims in order to get them addicted and easily controllable. For he who controls the supply of a person’s object of addiction automatically controls the addicted person. Likewise, increasing African people’s desire and dependence on foreign consumption through colonialism, instead of increasing their capacity for industrial production is a major illusion of civilization.

Some revered intellectuals and analysts try to whitewash the damaging effect of colonialism in Africa by insisting that it was a civilizing effort. They maintain that Africa would have been better if the colonialists stayed longer. And that Africa would have been worse off if colonialists had not invade. With the steadiness of these claims, some Africans start believing or wishing for a return to colonialism. Evaluating this claim of a colonial intention for civilizing the places they invaded requires comparing the elements and effects of civilization in a place.

Colonialism is “the practice by which a powerful country controls another country or countries.”[4] To start controlling another country, a powerful country invades another country to kill or surround its defenders. After killing those that would oppose the invasion, the remaining people either surrender to the foreign authority or flee or die. From then, the invaders dictate how the people conduct their business and use their lands to benefit the invaders’ country. The main purpose of colonialism is getting foreign lands as hunting grounds for human and natural resources, and markets for surplus products.

“When you surround an army, leave an outlet free.

Do not press a desperate foe too hard.” – Sun Tzu

By leaving an outlet free after surrounding an army, the army will be distracted from having a common purpose. So, while some people prepare to charge against the invader, others struggle to escape the agonizing enclosure through the small outlet. This strategy is refined and employed by corporate and political administrators who create tiny reward-systems for gaining supporters among the defeated. It is a divide-and-rule strategy for creating enmity between groups of defeated people by favouring a few. The few people you favour will easily follow your orders, even of spying or exploiting the other victims. Thus, there may not be any organized effort to fight off the invader, who is now supported by the few favoured victims. With such divisions within themselves, other victims lose courage to resist the invader, or they start compromising to his tactics.

After the industrial revolution, European industrialists moved out in search of lands, raw materials and markets for their products. In Africa, they created different countries by imposing land-expropriation law on various unfriendly and unconsented kingdoms and communities[5][6] for collecting raw materials.[7] They killed those who opposed their invasion and trained the pliable oned to assist them in enforcing colonial rule.[8] Before leaving at independence, they fixed constitutions to guide their indigenous replacements[9] to keep seizing and exporting the different people’s resources in exchange for European consumer products.[10] To appear democratic, Africa’s colonially-imposed governments create states, districts and ministries to share few foreign products as infrastructure, salaries and charity. So, different Africans struggle to occupy the colonially-made offices in order to benefit more from the foreign exchange.

Possible contributions of colonialism to productivity and social responsibility

Given some infrastructural glamour in some African cities, it could be said that colonialists intended to bring civilization. This would serve as the excuse for slaughtering the different community defenders that resisted their civilizing efforts. Thus, some of the things that could suffice as colonial benefits to Africa and Africans include:

With the introduction of these physical items and cultural elements, it could be said that colonialism was truly intended to civilize Africans and increase their productivity and social responsibility. This will support some people’s belief for recolonizing Africa as the solution for underdevelopment in Africa.

The illusions of civilization in colonialism

On the contrary, these supposed civilizing benefits of colonialism may not be as benevolent as painted. From another angle, they seem like cocaine-drugging process that invaders provide as tiny outlets for surrounded army. So, some of the victims hoping to pass through the tiny outlet of colonial favour will support the invaders’ plan for the defeated peoples. The illusion or validity of these ‘civilizing’ benefits can be weighed by their contributions to productivity and social responsibility in Africa.

“For being distracted in opinions concerning the best use and application of their strength, they do not help but hinder one another; and reduce their strength by mutual opposition to nothing: whereby they are easily, not only subdued by a very few that agree together; but also when there is no common enemy, they make war upon each other, for their particular interests.”[13]

“The main purpose of the colonial system was to train Africans to help man the local administration at the lowest ranks and to (protect) private capitalist firms owned by Europeans… That meant selecting a few Africans to participate in the domination and exploitation of the continent as a whole… and to instil a sense of deference towards all that was European and capitalist.”[18]

Though colonialists brought formal education, many communities in Africa had been educating their younger ones in different areas like blacksmithing, goldsmithing, weaving, crafts and others. And Africans would have adopted more formal education if colonialists did not invade for exploitation. So, if the colonial intentions were truly civilization, they could have introduced schools without stealing the people’s resources. Besides, it was religious groups that began spreading formal education as reparation for their government’s cruelty before colonialists followed to save face.

The fact that Africa still serves the colonial intentions as hunting grounds for human and natural resources, and market for their surplus products, testifies to the damaging effects of colonialism. And until different African communities and kingdoms can own and use their resources for productivity, colonialism is still on.

As a captive in a legalized slave-city, a person cannot be free by running to exile, fighting the suffering or privileged inmates, nor attacking the jailers who have colonial orders to hold him. Instead, he defeats the ideas that hold the colonial system with superior ideas and aspirations for the society. This idea involves ideas for people to retrieve rights to defend themselves and their lands against colonially-made parliaments. If people keep depending on shares for supporting foreign exploitation and do not regain their right to own and use their lands and resources for sustainable industry, they will have no system to pass down to their children. Instead, they will keep rotating status as scared exiles, suffering or temporarily privileged inmates, or prison-warders for the invaders (colonialists). Africa’s corrupt politicians, supporters and civil servants are not the real enemies, they are just addicted-tools for postcolonial exploitation.

Tags:CivilizationColonialismEdited by Chiamaka Anyanwu
previous article
The unrealistic expectations from protests in Nigeria
next article
Tokenism and the inadequacy of raffle-draw system of government