Tokenism and the inadequacy of raffle-draw system of government 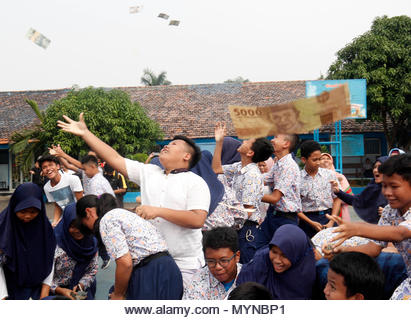 During raffle-draw contests, people are made to buy multiple tickets to increase their chances of winning grand or consolation prizes. The amount of prizes to be won are often too small compared to the amount of money realised from tickets. Eventually, only about 2% of ticket-holders get few prizes by luck or system manipulation, while the organizers take the major proceeds.[1] When unchecked, governments seize and transfer people’s means of production to favour themselves and their allies. Eventually, they spray the leftovers as grand or consolation prizes to divert people’s attentions from the fundamental exploitation. This format of settling few people from among large groups as excuse for inclusive governance is called tokenism.

Some motivational speakers use stories of one survivor in a thousand investors to accuse socially-exploited people of laziness. When police, banks or federal ministries recruit 200 people from 400,000 applicants, these speakers blame the non-recruited for not being smart. Or they refer to few people’s success in winning a sector’s crumbs to accuse unsuccessful candidates of being dull. Then the federal government that was colonially-imposed to seize people’s resources pledges to boost a particular sector like agriculture, tourism, YOUWIN or Npower, while grounding others. Thus, they overlook the necessity of systemic collaboration in productivity for harmonious growth in the society. This leads to blaming victims of disorganized social structures for the faults in the system without evaluating the system’s workability.

Ideal system for systemic growth in a society

The foundational productive sectors are those upon which a society depends for creating material products like food, drug, wears, furniture, vehicles, weapons, various equipment and gadgets. These productive sectors are schools, industries and banks (or other financial institutions).[3] The school helps people discover and develop their potentials for productivity; material industry provides the process for developing products from natural resources; and banks provide funds for more tools, labour and resources for maximizing productivity. It is upon the collaborative productivity between these three foundational sectors that all other sectors grow. Hence, productive countries grow by fortifying these foundational sectors to respond or provide tools for responding to different needs in the society.

However, when a country is built on the principles of sharing consumption like most African countries, governments seize and export various people’s resources. From the export revenue, government officials begin sharing grand or consolation prizes as they wish. Like struggling to win lottery, people compete and betray each other to win government favour, and thus, get some consolation prize. So, entertainers, sycophants, publicists and smart people seek prizes by creating channels and programs for government to sponsor for displaying charity. Random winners luckily get grand or consolation prizes from such social investment programs; civil servants get steady commissions; while the lottery organizers (government allies) reap through bloated contracts, grants and monopoly licenses.

Obviously, some people benefit from tokenism since policy-makers focus only on special interest sectors while neglecting other sectors. So among its effects in a society are:

Irresponsible governments use the instance of the few people benefitting from tokenism to justify or excuse their incompetence. So, they try to spread the reach of its token by picking one or two people from different sections.

By getting loans for schools, industries and banks, every community in Nigeria can produce things to trade and repay their loans. Every individual, community or kingdom in Nigeria can create produce something to trade with other people. All they need is the courage to look inwards to discover and develop their potentials and resources for trade and sustenance. Moving from tokenism and the shaky raffle-draw system of government requires reorganizing the society for people’s productivity. The steps to achieving this could include:

Tokenism as a raffle draw system of government does not prosper any country. Instead, it turns people to perpetual beggars, schemers and opportunists, fighting and competing for shares of postcolonial exploitation. A productive and responsible people will not want to depend on government charity forever, nor hand it over to their future generation. In tokenism, governments cruelly seize and merge people’s source of productivity, while distracting the people by throwing some consumer products for people to struggle.

Tags:Edited by Chiamaka AnyanwuTokenism
previous article
The illusion of civilization called colonialism
next article
Voting without producing: the unrealistic route to development