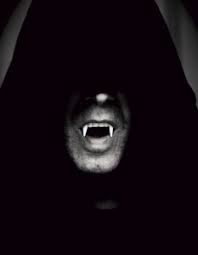 When hunting known terrorists, those who provide different supplies are regarded as accomplices to terrorism. These include the suppliers for weapons, food, shelter, amusement, information, courier, maintenance and even medical services. Though these suppliers could claim innocent to defend their actions as simply doing business, their actions (and profits) enable and sustain the terrorists. Some societies and political structures are formed and sustained to suppress and exploit people. So, out of desperation to survive, some people strive to fit in and take advantage of such systems as necessary suppliers, using their political, professional or business affiliations.

“It is no measure of health to be profoundly adjusted to a profoundly sick society.” Jiddu Krishnamurti

Ole ni everybody (everybody here is a thief)

Eni ile moba sa ni barawo (only he who day breaks on is called thief).

When speaking on Nigeria’s socio-political challenges, some civil servants, businesspersons or clerics blame government and the unemployed for Nigeria’s problems. They absolve themselves of faults as they provide goods, services or support for those who can pay, especially the government and its staff. They intentionally overlook or defend any means through which their clients and employers get the funds, even from other people’s misery, death, terrorism or fraud. These people include civil servants [1], businesspersons gaining from inflated government contracts, state mercenaries and recipients of government handouts. As long as they are being paid, they keep defending illegitimate and cruel governments and corrupt institutions.

A democratic country is a group of communities who agree to live and work together for their growth and security. In such countries, individuals and groups create wealth by applying scientific knowledge on their personal or communal lands and resources to develop useful products.[2] Wealth is “what is produced and consumed: food, clothes, houses, vehicles, factories, tools, schools, books, [gadgets] and churches”[3]. Then, service providers share in the wealth by rendering various professional services. By creating wealth from their resources, people are able to pay enough taxes from which governments build public infrastructure, even by contracting local producers and service-providers. So, a country’s wealth does not rise from taxes or public spending, but from the people’s production.[4] Tax is just a way by which governments share from the people’s wealth-creation to smoothly run the society.

On the other hand, dictatorial countries are groups of people who are held together and governed at gunpoint. People in such countries lack economic freedom because government seizes people’s lands and resources (means of production), and dictates modes for sharing products or proceeds to people. Dictatorships can be minor as socialism for seizing and redistributing people’s resources after elections, or major as communism for also controlling the people’s lives and choices without elections. Since their resources and means of production are seized, people in such societies depend on government’s mercy for basic necessities. Hence, to get government’s favour for survival, people struggle to fit in as supporters or necessary suppliers of desired goods and services for government and its officials.

The social implication is that while economic freedom in democracy begets competition for better productivity, dictatorship begets competition for sycophancy and opportunism. For wherever there is freedom, the principle of merit abounds over arbitrary seizure and reallocation of people’s resources.[5] But when a society is formed for seizing people’s resources and sharing proceeds for consumption, people struggle to fit into the consumption-sharing system by acquiring positions or qualifications even through age falsification, certificate forgery, exam malpractice[6], violence and other forms of cheating. This enables people to easily fit into dictatorships because seizing and sharing consumption[7] do not require much productive intelligence; just enough cruelty to outsmart or subdue others.

British colonialists created Nigeria by brutally merging several unconsented ethnic communities and kingdoms[8][9] under an indirect rule[10] for using some sections to exploit others.[11][12][13][14] Unlike democratic countries freely collaborating for productivity, Nigeria is a rotational dictatorship for seizing and selling people’s resources, and sharing the revenue for consumption. Therefore, Nigeria’s colonially imposed government creates ministries and states for sharing proceeds from selling people’s resources. Since then, different people struggle to occupy the colonially-made offices, in order to dictate the mode of sharing foreign proceeds from selling people’s resources.[15]

The main resource upon which Nigerian government depends for sharing consumption is crude oil in some Niger-Delta communities. So, the main jobs in Nigeria are not to create wealth. But to hold the people down so that foreigners can explore, exploit and export any human or mineral resource they desire. Three major arms for holding people down can be represented as prison guard, prison warder/babysitter and interior decorator.

The prison guard arm consists of the federal and state governments that use armed forces like military and police, imposed laws and media to physically and mentally hold people from resisting exploitation and from owning and using their various resources for production.

The prison warder/babysitter arm consists of states and ministries that distract, console or condition people to cope with the dictatorship using charity, academia and religion. They do so by: occasionally sharing food and other consumer products as stomach infrastructure; religiously distracting people to fight witches and wizards instead of addressing the dictatorship; and academically indoctrinate and condition people to be timid, sycophantic, opportunistic and unable to oppose the postcolonial dictatorship. So, youths strive to qualify and fit into the system for sharing consumption and indoctrination, instead of mobilizing to change the system.

Interior decorator arm consists of ministries, parastatals, groups and companies through which dictatorships sway people that they are working. Like interior decorators, they import, install or share flashy infrastructures and amenities like public buildings, hospitals, roads, streetlights, railways, airports and stadiums. Unfortunately, these amenities cannot be sustained for long because the people to use them lack resources for producing, earning and funding its maintenance.

Since dictatorial government blocks people’s access to their resources for industry, people strive to supply services, or fit into any of these arms of dictatorship. Hence, Nigerian system directly and indirectly infects everybody who gains from and within it.

Fallacy of innocence for necessary suppliers

Providing goods and services for people in this system can be written off as just doing business. Yet, defending the system of exploitation that funds the business despite knowing its source and effects on people’s lives implicates the necessary suppliers. For they too would not support people who benefit from a system that holds and exploits their own loved ones. Supporters of socialism will not want their own children’s inheritances to be seized and shared to other people as charity. Unfortunately, despite its claim to share consumption equally for all, dictatorships only favour opportunists who are connected to the government. And in their defence of hopelessness, they insist that Nigeria is damaged, and smartness requires grabbing, or running away with what you can.

Addressing the effects of extreme opportunism in exploitative societies requires a systematic change. Thus, governments that desire sustainable and truly prosperous society, especially in Nigeria, will consider the following step

The belief that a bird at hand is better than ten in the bush holds many people from looking inwards to build sustainable systems of productivity. Also, the desperation to survive in Nigeria’s economic uncertainty reduces people’s ability to resist opportunism. In this desperation, those who are already in the system fight to remain in it. Thus, a sincere government has to arise to support people’s retrieval of their resources and to establish industrial networks and generational pride.

Finally, supporting and working with opportunists in a dictatorship is like working with mercenaries, who only care about their own survival. And they would not hesitate to ruin you once their position in the dictatorship is threatened. So, defending an exploitative system because you benefit from it is like appeasing a crocodile by feeding it with other people and hoping to escape or be eaten last. That’s the legacy that core opportunists invite for their children, a legacy of parasitism and lies.

[6] Damilola Banjo and Habeeb Oladapo, “Investigation: inside a Lagos state school where A1 can be bought (Part 1)” in ICIR International Center for Investigative Reporting, 18th July, 2020. www.icirnigeria.org/investigation-inside-a-lagos-state-school-where-a1-can-be-bought-part-1/ retrieved 20th July, 2020.

[11] Nigerian minerals and mining act 2007 act no. 20, chapter 1, Part 1, Section 1, paragraph 2 “… all lands in which minerals have been found in Nigeria and any area covered by its territorial waters or constituency and the Exclusive Economic Zone shall, from the commencement of this Act be acquired by the Government of the Federation…”  “No person shall search for or exploit mineral resources in Nigeria or divert or impound any water for the purpose of mining except as provided in this Act.”  “The property in mineral resources shall pass from the Government to the person by whom the mineral resources are lawfully won, upon their recovery in accordance with this Act.”