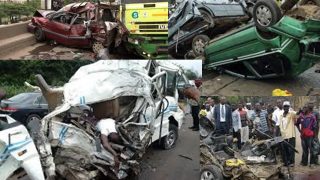 Curbing the rage of accidents in Nigeria

MANAGING THE BURDEN OF OVARIAN CANCER IN NIGERIA 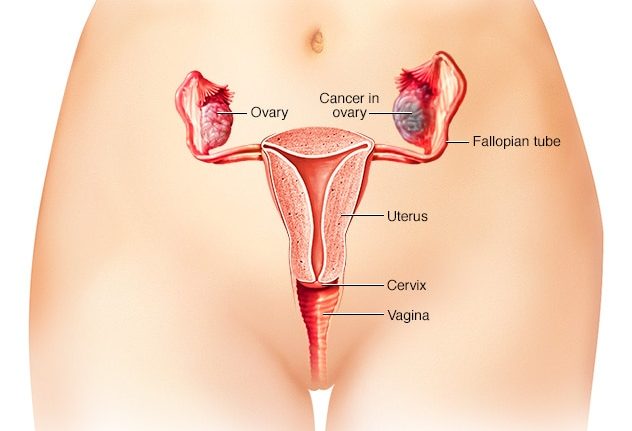 Madam Ajayi often complained of abdominal pain and early satiety even when she eats little. She easily dismisses it as a result of either work-stress or unhealthy food. When the pain persisted, she began taking traditional medicine and tetracycline from vendors, since she feared “costly” hospital bills. Lacking diagnosis like a driver without map, the pain worsened after 13 months of self-medication. By the time she finally went to hospital, the cancer had advanced, as she was already down, emaciated and dysfunctional. Few days later, she died of ovarian cancer, a disease that could have been managed had she sought early treatment.

Ovarian cancer is the second most common and deadliest gynecological malignancy in Nigeria[1]. Yet, unlike breast and cervical cancers, many Nigerian women lack awareness of its existence or symptoms and thus, neglect the symptoms till it becomes late. The survival rate of ovarian cancer depends mainly on the stage of the disease, with the early stage disease having more than 90% 5 year survival rate compared with less than 30% in advance stage disease.[2] Though, the ambiguity and vagueness of its symptoms makes it elusive, notable symptoms of ovarian cancer include abdominal bloating or swelling, pelvic or abdominal discomfort; gastrointestinal symptoms like loss of appetite, early satiety, nausea, constipation, urinary symptoms; and weight loss.[3] And despite the difficulty in ongoing researches on its causes, possible factors include family history, gene mutation, older-age, nulliparity, obesity and exposure to talcum powder.

Ideally, health management is amplified by the availability of medical research, caregiving and specialized personnel, drugs, equipment and health-insurance programs. These make it possible to primarily prevent various diseases, and also to track, treat or manage diseases in an organized society before they inflict much harm. The optimal treatment of ovarian cancer requires a synergy from surgery, systemic treatment with precision cancer medicines or chemotherapy, and occasionally, radiation therapy.[4] Yet, unlike breast and cervical cancer with early screening and detection tests, there are not enough reliable screening tests for early stages of ovarian cancer. The tests currently available are for women at high risk for the disease. They include pelvic examination, transvaginal sonography and CA-125 test. But sadly, the CA-125 is not a key marker because it has been found that even some non-cancerous disease of the ovary increases CA-125 levels. The malignancy is confirmed by diagnostic biopsy.

Though tracking and treating ovarian cancer is difficult in developed nations, its burden becomes heavier in Nigeria for factors like:

Proper healthcare is not magic. It is a consequence of cultural, political, academic and economic order in a society. So, alleviating the burden of ovarian cancer and other diseases ravaging Nigeria requires a basic reevaluation and adjustment of cultural values, socio-political regulations, education and productivity in Nigeria. But in the meantime, the efforts for reducing the burden of ovarian cancer can be directed thus:

On the individual level

Through devoted social involvement, proper healthcare becomes a possibility, not just for ovarian cancer, but for general social wellbeing.

Mary Ujunwa Anyaegbu is a student Nurse at the University of Ibadan. She is particularly interested in the implementation of Universal health coverage in Nigeria. She is also an enthusiast on matters concerning Sexual and Reproductive health and rights.